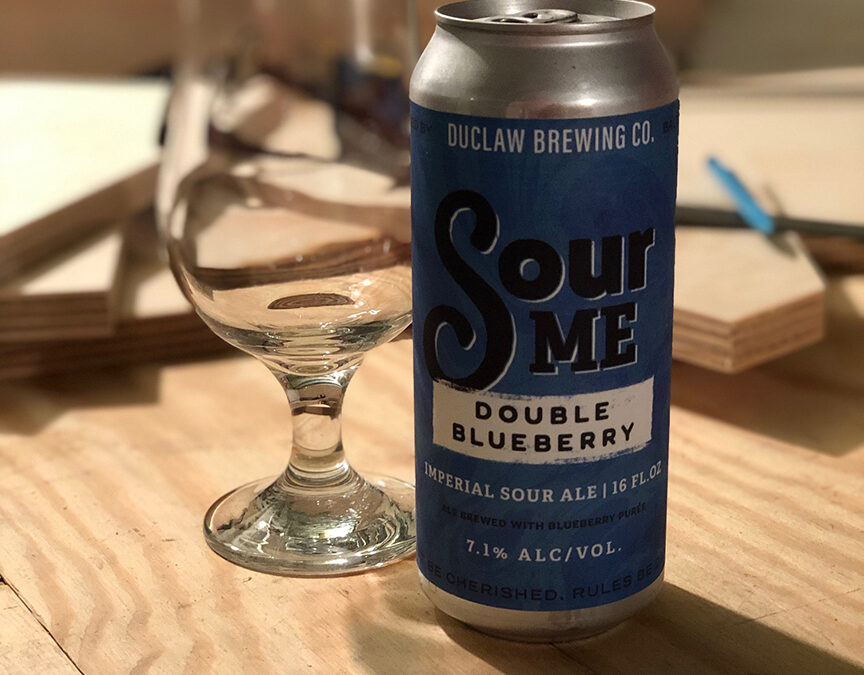 Okay. I have to be 100% honest. I don’t quite know how to rate sours. I’m new to them for sure. I think I’ve tried three sours and they’ve all be pretty much the same as far as a rating I would give them.

So with that said, let me get a few more under my belt to give me something to use as a base for future ratings. Then I’ll revise the ones that I’ve already rated. For now I’m giving this a three purely because I just don’t know.

Alright… woodworking is one of my favorite things to spend time with. Last night I started building a prototype of a “free library” for a group of students I mentor in a high school business program. I had decided that after I was done in the shop for the night I would crack open the Duclaw Sour Me Double Blueberry. 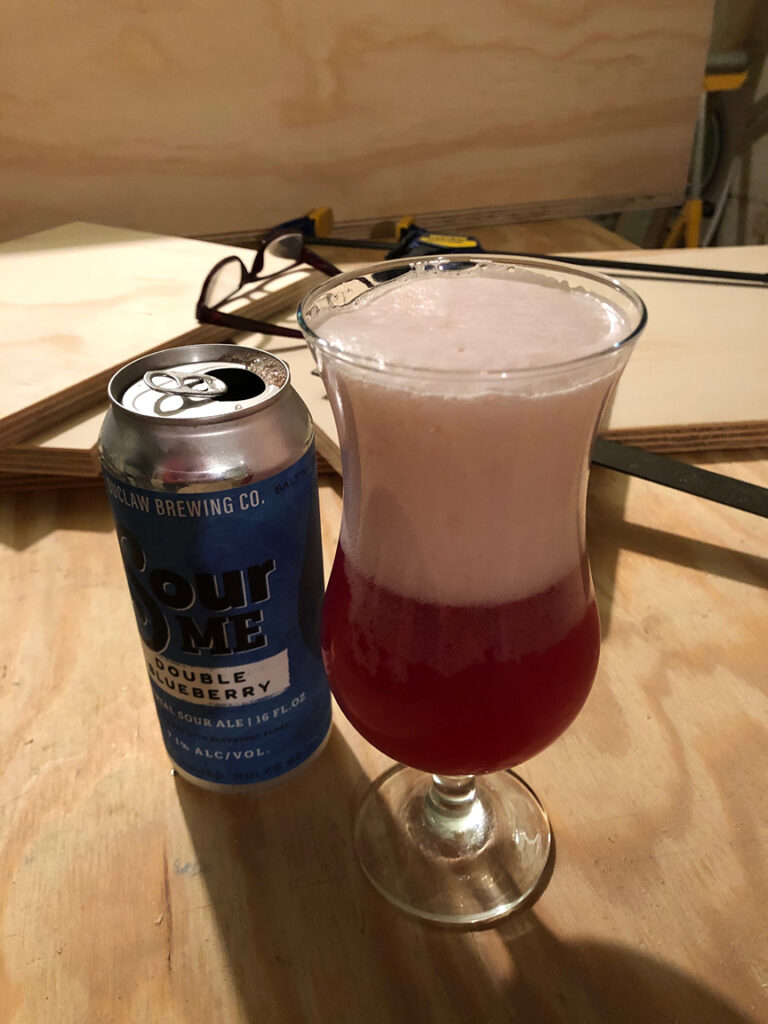 Whoa! Hello pucker! The taste is fantastic. I can get the blueberry taste for sure but there all kinds of other tastes too. They’re not lying when they call this a sour. You pucker every time you take a drink. I’m not sure if the idea is to drink a ton of these in a sitting or are these a one-and-done kind of thing and move on to another or a different type? I’ll figure it out. 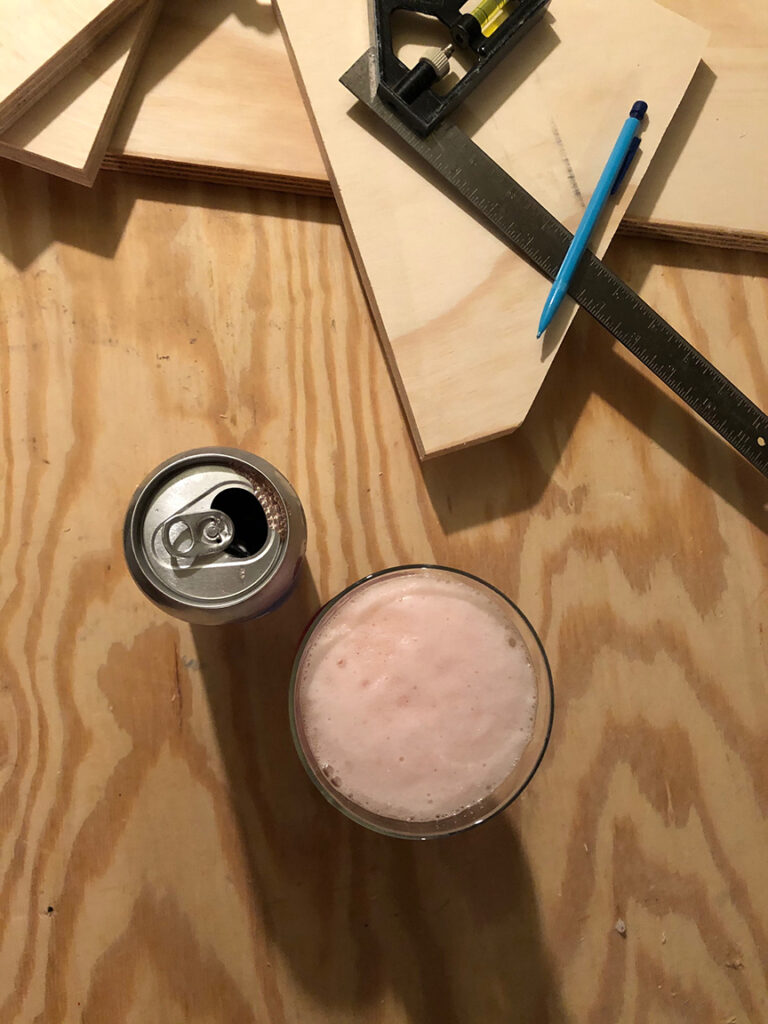 I do like it though. I like sour foods so why not sour beers. That just sounds weird doesn’t it? “Sour beer.” Anyway, the color of this craft beer is amazing. The colors of sours that I’ve seen are what drew me to try them. If you like the sours, give this a try.