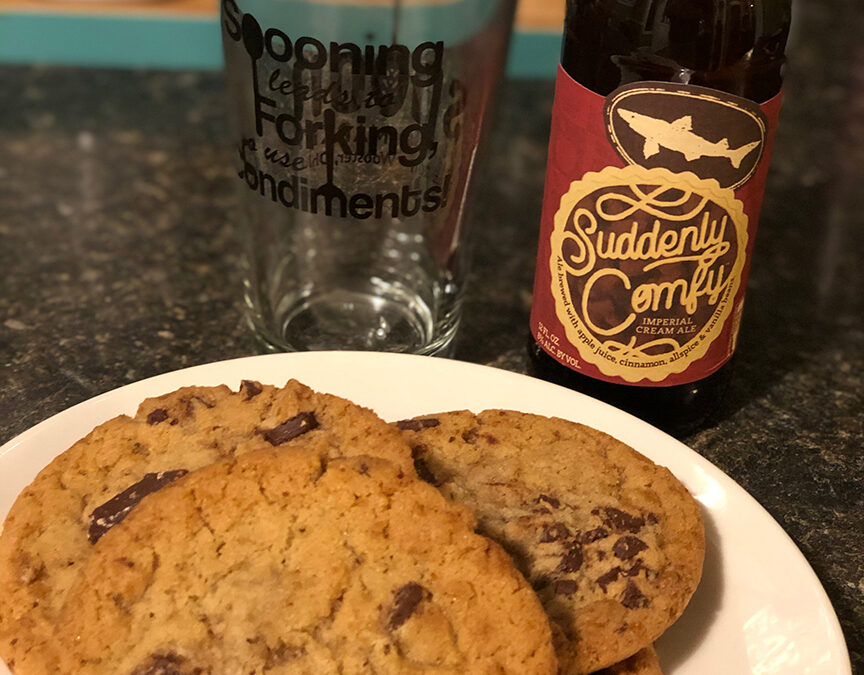 You know Friday nights usually mean dinner and drinks out for Christina and I. This particular Friday was no different. It was a difficult, exciting, invigorating, stressful, challenging… all the things kind of week for the both of us.

Exciting for the 3 Guys 6 Beers because we launched our official Merch Store, so that was one bit of exciting news. Can’t say what the others were just yet… but soon. Very soon.

Anyway back to Friday. We’re big fans of Royal Docks, especially when it comes to dinner and drinks so we headed there. You’ve seen my photos of our food favorites so I’ll spare you this time… we didn’t veer off the beaten path (just sayin’).

We placed our order and were greeted a few minutes later by a couple of familiar faces. TJ (one of the infamous 3 Guys) and his wife popped in for a drink before heading out with friends. Perfect reason to toss one back.

They left and we decided it was time for us to leave as well with our bellies full and happy. Now, I’m not a huge dessert fan. I often joke that I’ll order another beer for dessert…which is totally no joke at all, but Christina likes her dessert so we decided to hop next door to the local grocery and see what we could get from the bakery.

She got hers. I got mine. 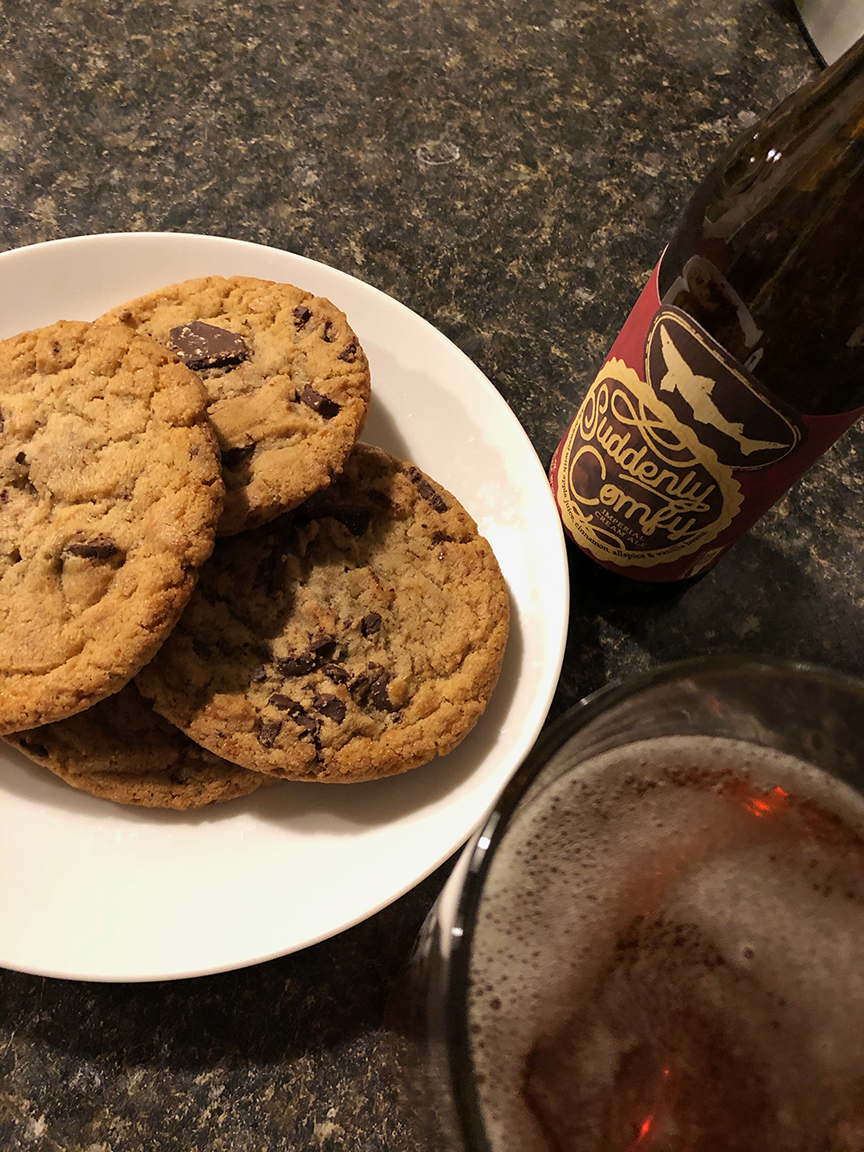 I do love chocolate chip cookies… and beer. So, true to form, I had that dessert beer AND cookies. The cookies? Well they were alright. The beer. Wow!

As soon as I poured it, you could smell apple pie. They definitely didn’t lie when they described it. It was apple pie in a bottle. This is a true dessert beer. I would have been happy with just the beer. 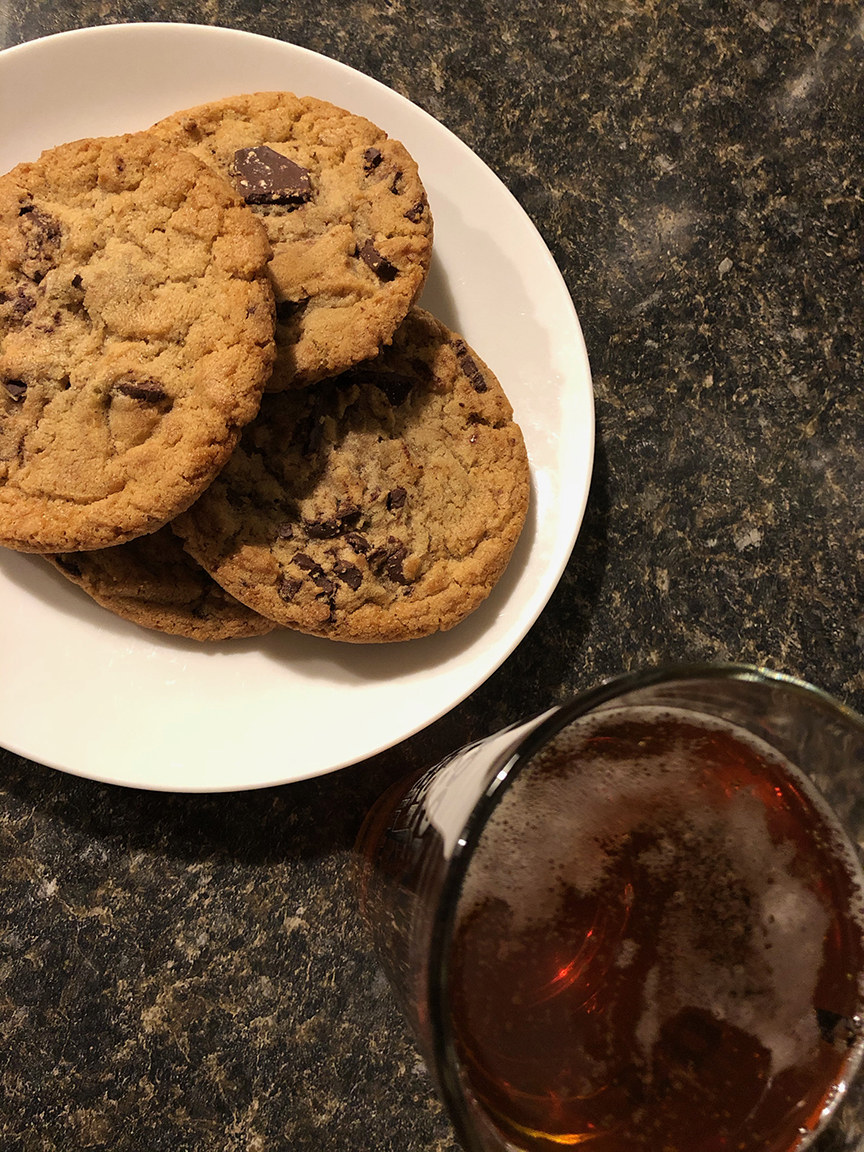 It had great color and taste. I mean… really good taste. Just like apple pie for real. I want to get another one of these and have it on it’s own, because I think the cookies were messing with the taste a little, but damn it was good. It’s got a higher than average ABV at 8% but hey… that’s alright we were in for the night.

If you love apple pie, give this beer a try. It really is good. But I would suggest having it on it’s own so you can appreciate everything that went into it.