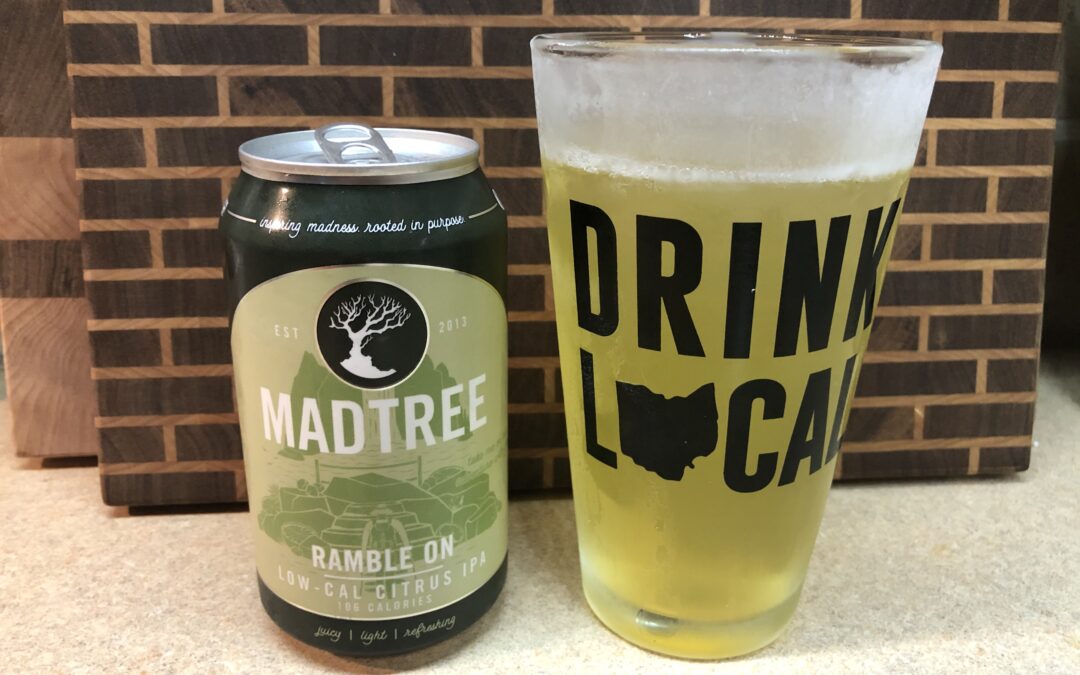 When you crack open Ramble On you smell a typical citrus IPA, but what you’re getting is a 106 calorie 5.3g carb craft beer. Numbers that up until recently, I thought would only go with a Miller Lite or Michelob Ultra, but this, this isn’t that at all. The aroma of Ramble On is citrusy, and the color is a golden yellow. As an IPA, you got get hints of hops, but it isn’t over the top. It is refreshing and tastes lite. But with that, I think it left a little on the table.  A citrus IPA?  Yes.  But the taste wasn’t as robust or dynamic as I was hoping for.  Maybe it’s because I’m a guitar player, but the first thing that popped in my mind was the movie This Is Spinal Tap and the scene where they are looking at the amplifier that “goes to 11.”

If the amp was flavor, this didn’t go to 11, it was more like half that.  Dispensation is given for this being a low-calorie-carb beer, and with that, I’ll add that I did like it.  Not the best IPA I’ve ever had, but it has a place.  It’s one that I’ll have again and I think you should try it too.  Ramble On would fit in perfectly after a day of mowing the lawn, relaxing with friends on a Friday night, or even after a long run or an intense workout at the gym, when you want a low-carb/cal alternative

This is first in a series of “healthy beers” check back for more reviews, or better yet, let me know if you have one that you think I should try!