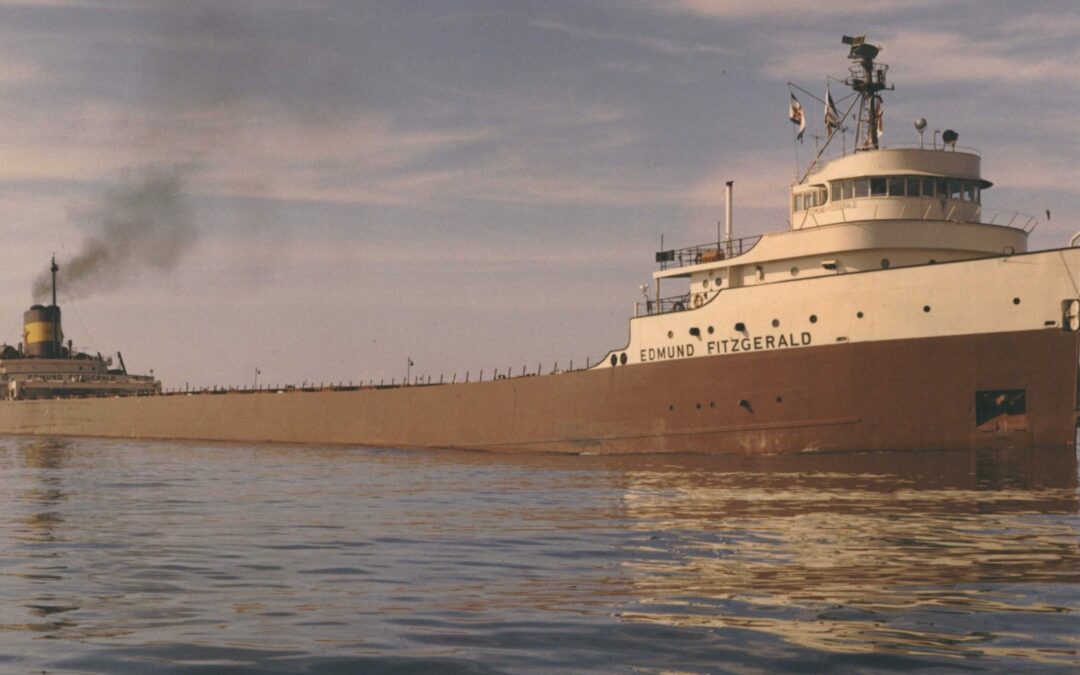 I have long loved the Beers that come out of the Great Lakes Brewing Company, in fact, I can remember enjoying Great Lakes beers long before I knew what “craft beer” was. For the longest time, and maybe in many aspects, and possibly just for me, Great Lakes Brewing Company is the benchmark for craft beer in this region. On November 10th, my anniversary with my lovely wife I decided to have an Edmund Fitzgerald, not because of any underlying tie ins to the state of my marriage on my anniversary (boy if my wife reads my failed attempt at humor here I’ll be sunk) but because 44 years ago on November 10, 1975 the SS Edmund Fitzgerald, along with 29 crew members was lost in a storm on Lake Superior.

At 729 feet, the Mighty Fitz was the largest ship on the Great Lakes, but facing 35 foot waves she sunk in Canadian waters 88 fathoms (530 feet) down. She remains one of the most famous Great Lakes shipwrecks. The loss of the Edmund Fitzgerald spawned many things, changes in Great Lakes Shipping practices, songs and a Porter from Great Lakes Brewing Company. Edmund Fitzgerald, the beer “is a bittersweet tribute to the legendary freighter’s fallen crew.” 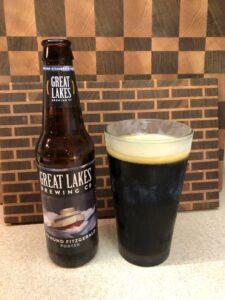 It’s worth nothing that Edmund Fitzgerald has won some big awards in the time that Great Lakes Brewing Company has been brewing it. Their website says it’s a 12-time medal winner at the World Beer Championship, and a 5-time medal winner at the Great American Beer Festival. A winning pedigree for sure. Edmund Fitzgerald pours black with little to no head. You get hints of cocoa and some nuts. Taste is malty with complex flavors. A little sweet with hints of coffee and cocoa, it finishes more bitter than I thought it would, great taste though. In the end, a fitting tribute to a famous shipwreck and her crew.