Why I will always have a live Christmas Tree. 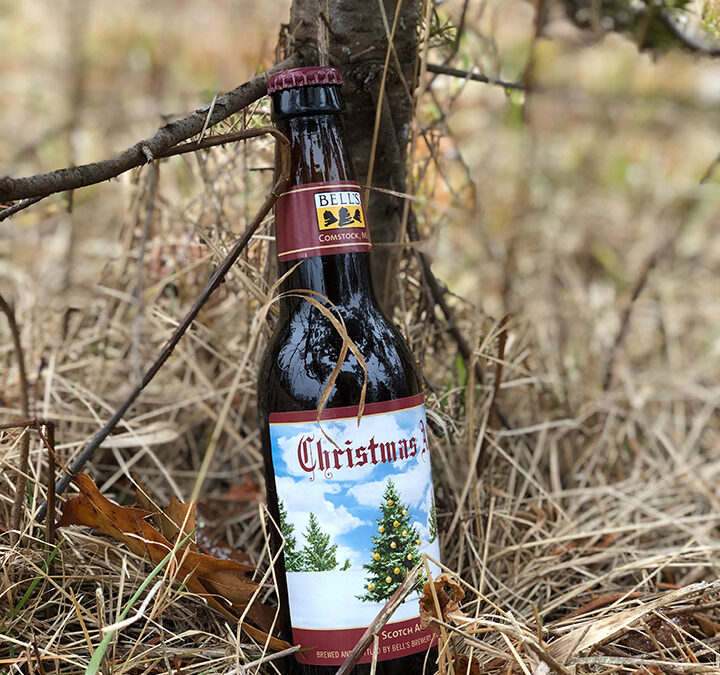 I can remember as a kid my Mom telling me stories about their Christmases and how my Grandfather (Papa) would go out to the woods to get their Christmas trees. My parents, both from Hungary, grew up in the years prior to and during WWII and came from very humble beginnings. They had what they needed and that was pretty much it. They worked for what they had and they worked hard to get it.

Today it’s easy to get a Christmas tree, but back then there weren’t artificial trees (not that they could afford one) or live tree lots pretty much on every corner. If you could afford to buy one, you were lucky. If not, you made do. My Mom tells me that Papa would go out on Christmas Eve to the woods near their house under cover of darkness, and get whatever pine tree he came across, quickly cut it and brought it home. You see it was highly illegal to be in the woods owned by the government, let alone take something from it.

She said most, if not all, the trees he brought home were what we would now call Charlie Brown trees. Sparse, oddly shaped with big empty spaces… these trees needed love. Lots of love. You get the idea. But Papa would make them work, he made everything work, he was amazing that way. He’d fill empty patches with branches he’d drill into the trunk, trimming here and adding there before turning it over to my Grandmother (Mama) to work her magic.

They didn’t have fancy bulbs and lights, but they did have things. They’d hang whole walnuts, apples, pieces of candy wrapped in foil called Szaloncukor and other small shiny things they had.

During the WWII years things got increasingly more difficult. But again, Mama and Papa made things work. Papa continued his tree hunting and Mama did her thing. My mom says, when the Allies flew over their village on several occasions, they would drop tin foil strips meant to confuse German radar. Mama would go out to collect these strips and save them to hang on their Christmas trees. She said Mama took great care of them, laying them flat in a box and covering them up so she could use them every year. This is a tradition my Mom carries on today by hanging tinsel from her own tree.

With both sets of grandparents living in Hungary, I didn’t get to see them often. In fact, I can count on one hand the number of times I did get to see them. Trust me, I wish I could have seen them more. A lot more. But I think because I didn’t, the stories about them became that much more special. I can remember deciding early on that when I was old enough to have my own Christmas tree, it would always be a live one.

In 1956 during the Hungarian Revolution, my parents decided to leave Hungary and immigrate to the United States. Because it was very dangerous, they left my sister, Maggie, in the care of my Grandparents until it was safe to bring her to the U.S. 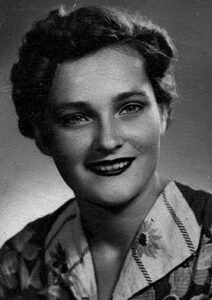 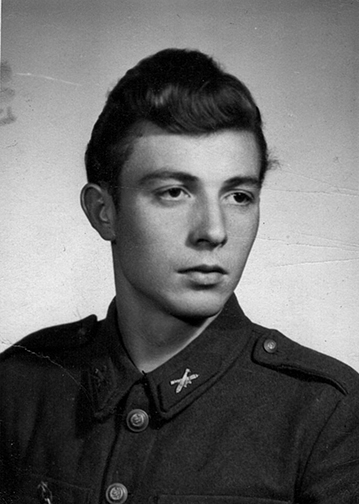 By 1961 travel in and out of Hungary was happening on a regular basis so my parents decided it was time to bring Maggie home. The picture below is of Maggie and her first Christmas in the United States.

My parents for the most part had a live tree every year when I was growing up. There were a couple of years we’d put an artificial one up, but just a couple, I’m sure there was a good reason. Our adventures going to local greenhouses and picking out that perfect tree were just that. Adventures. They were the highlight of the year for me. We’d pick out that perfect tree only to find that they weren’t so perfect when we got them home. But in true fashion, my Mom would always make them work. I remember one year we had to tie the tree to the wall. It was so lopsided it wouldn’t stay up! We still laugh about that year.

For me, the live tree is a must. My favorite day of the year is the day I can go look for a tree. It’s not an easy task to find that misshapen tree in the age of perfectly-shaped trees. I’ve found a few but nothing like the vision I have in my head of the tree that Papa would have brought home… until this year. THIS YEAR!

We’d gotten a hot tip from a friend about a tree farm that lets their trees go naturally without spraying or trimming. And from the picture she’d posted on Facebook, I knew that THIS was the place. Thanks Lorraine for showing us the ways of Doc Miller’s Christmas Tree Farm!

When Christina and I pulled into their little parking lot… I couldn’t believe my eyes. Not one, two or three trees that needed to come with us, but a whole tree farm! It was the best thing ever. I was truly the kid in the candy store. There were so many awesome trees I didn’t know which one to go after. The deeper we walked into the trees the more difficult the decision became. But… we found one, well more than one, but we’d decided on one is what I guess I should say. 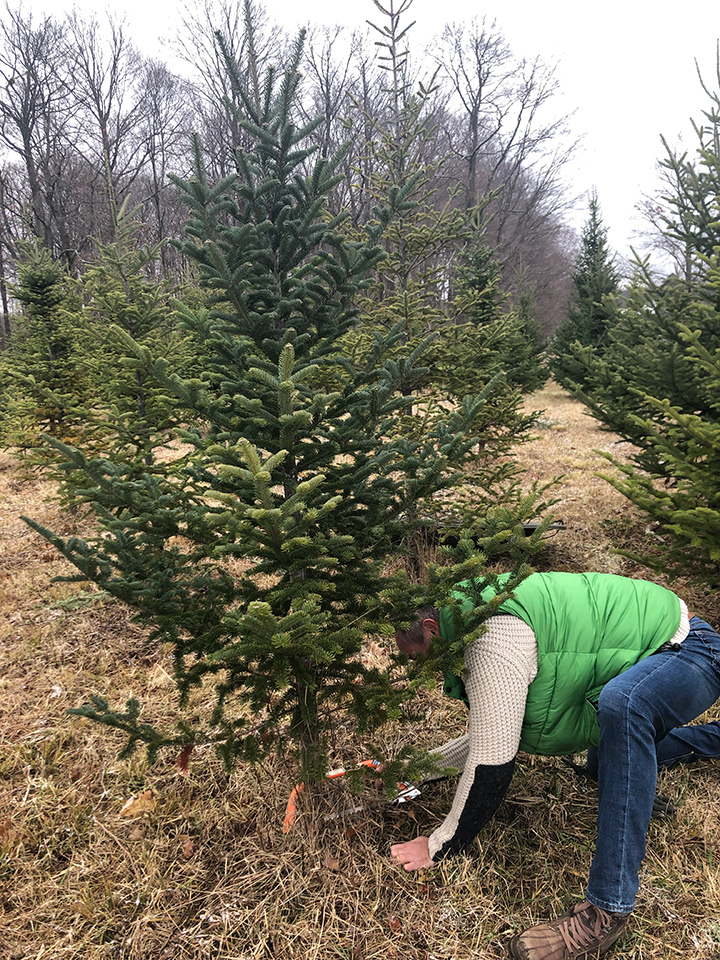 Doc Miller’s is amazing. They even help the praying mantis population. I’d noticed a familiar looking pod on one of the branches, so before I cut the tree I relocated the branch to another tree. They told us that they’d ordered them to place throughout the tree farm… I think that’s pretty cool.

We got our little gem home and the fun soon began. I have to admit, when I saw it in the stand for the first time I thought “oh man, this is going to be a challenge.” But again in true Hungarian fashion, I dove in. 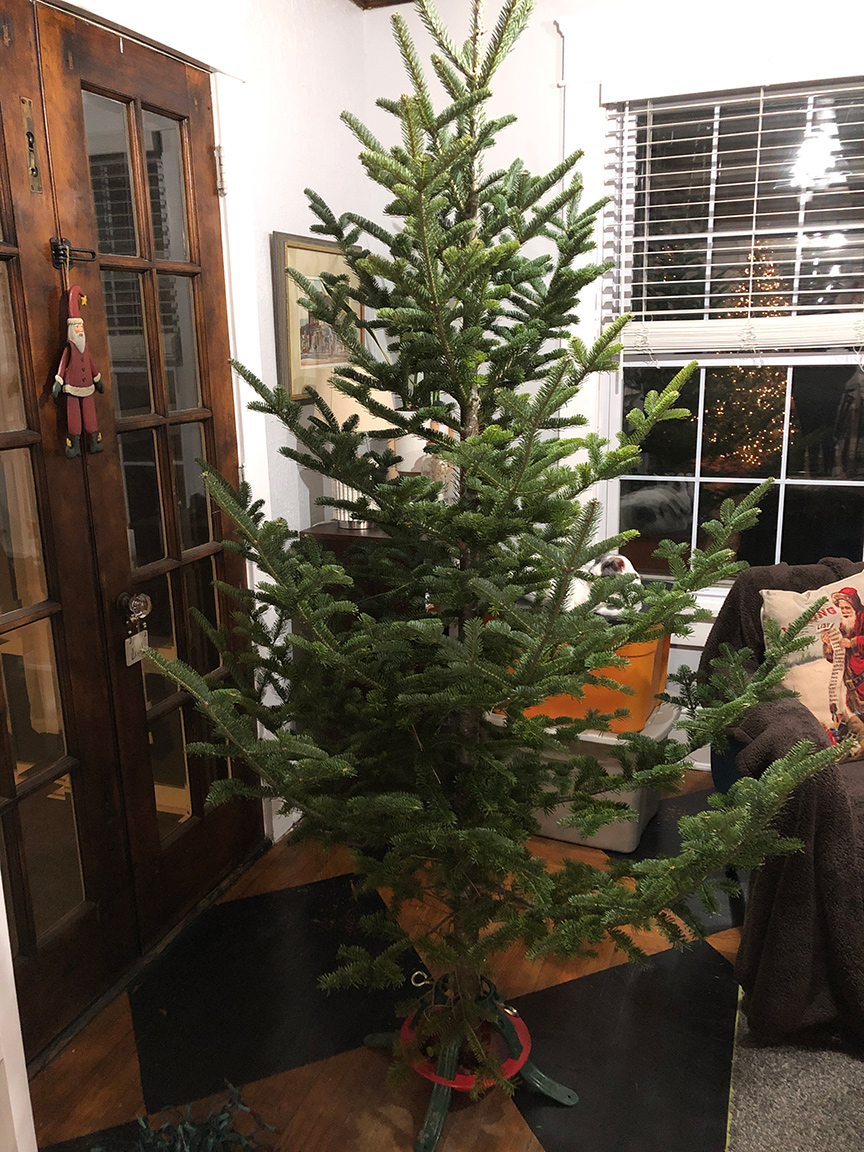 Like all of us, I have special ornaments, most that I’ve bought over the years. Others made by my daughters. Others given as gifts. Up they went. But not all of them. I didn’t want to clutter or over do. Surprisingly, I still put several hundred lights on this tree. 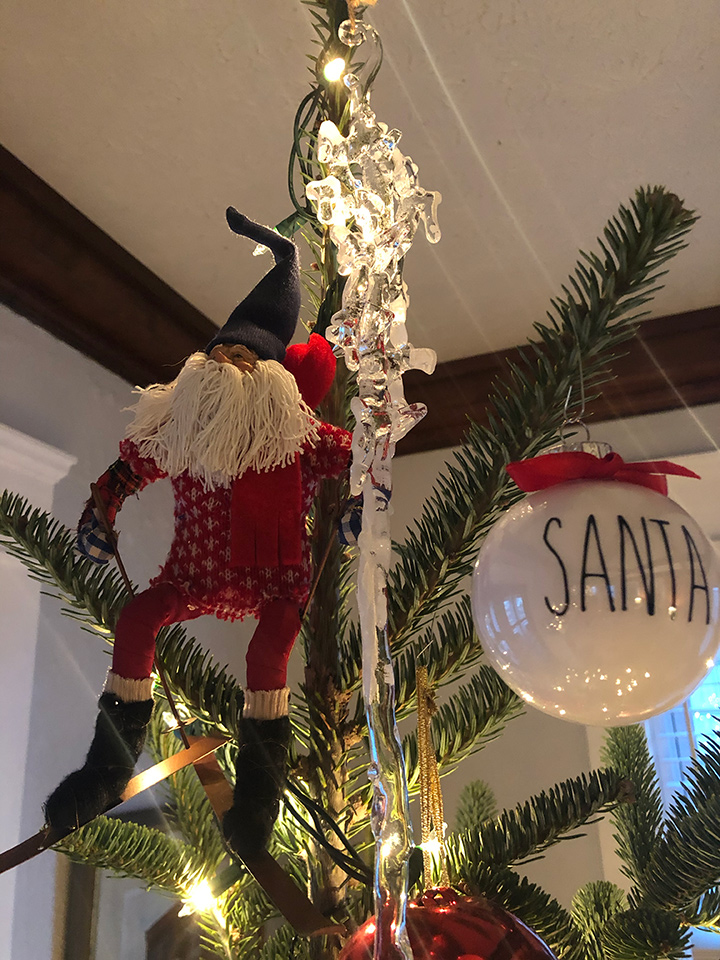 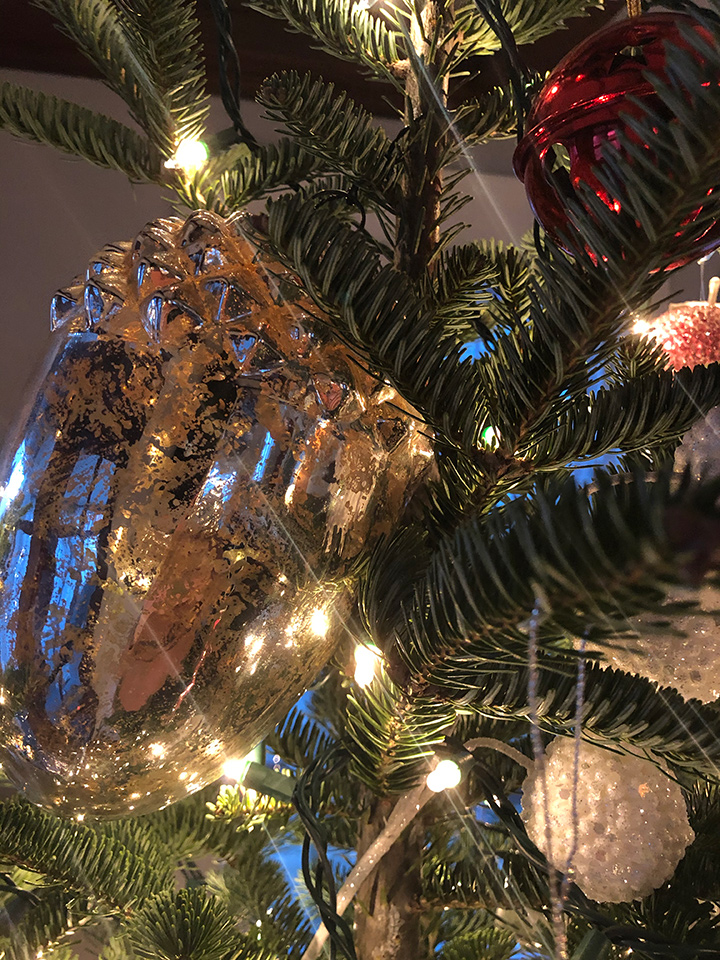 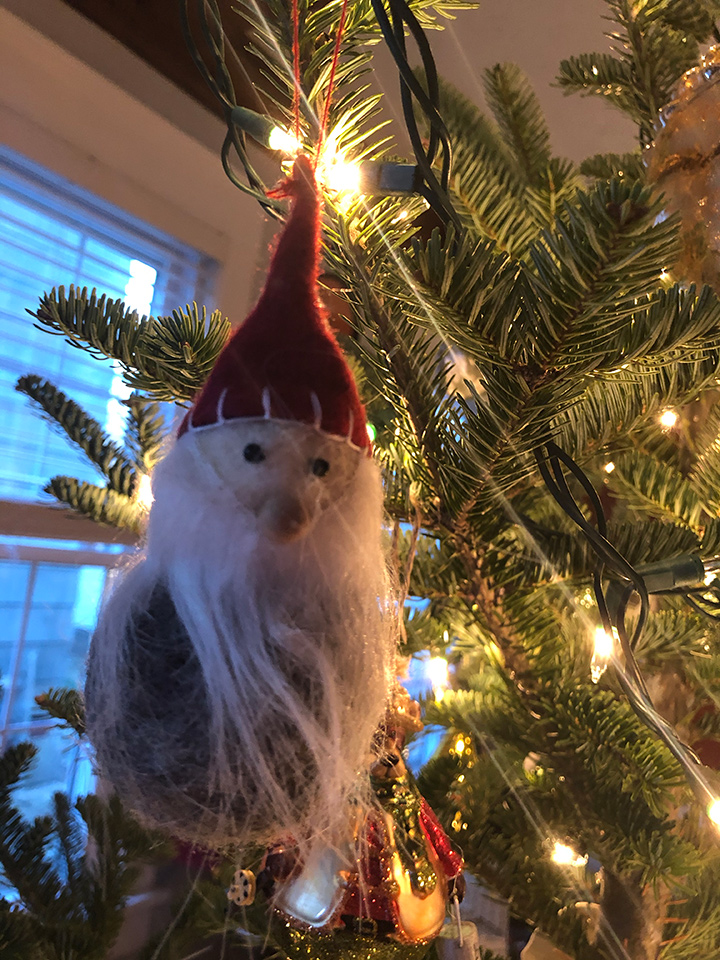 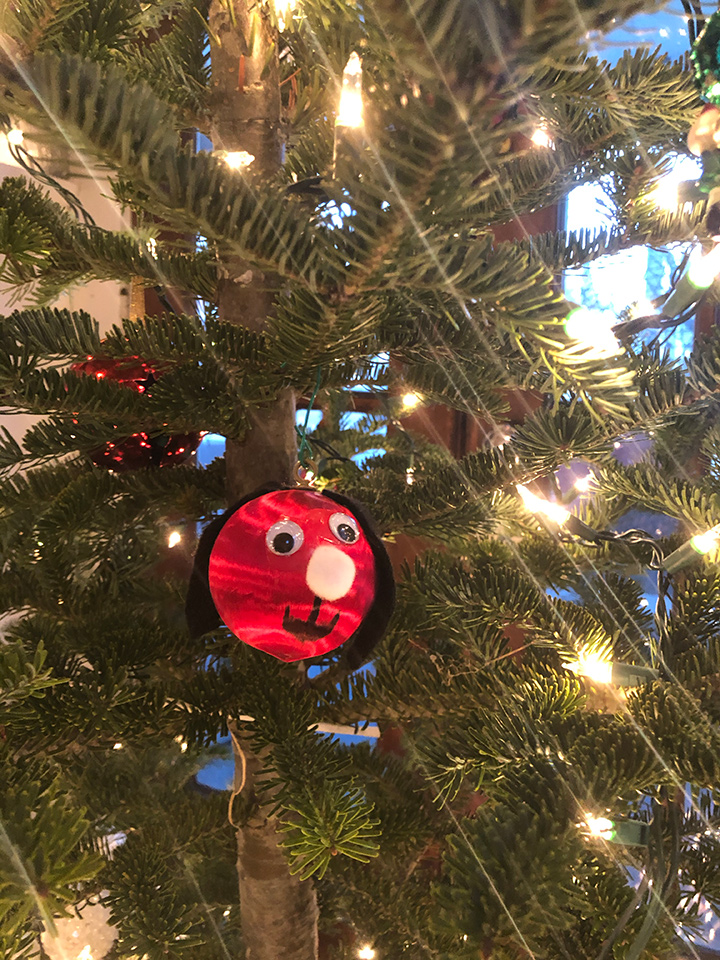 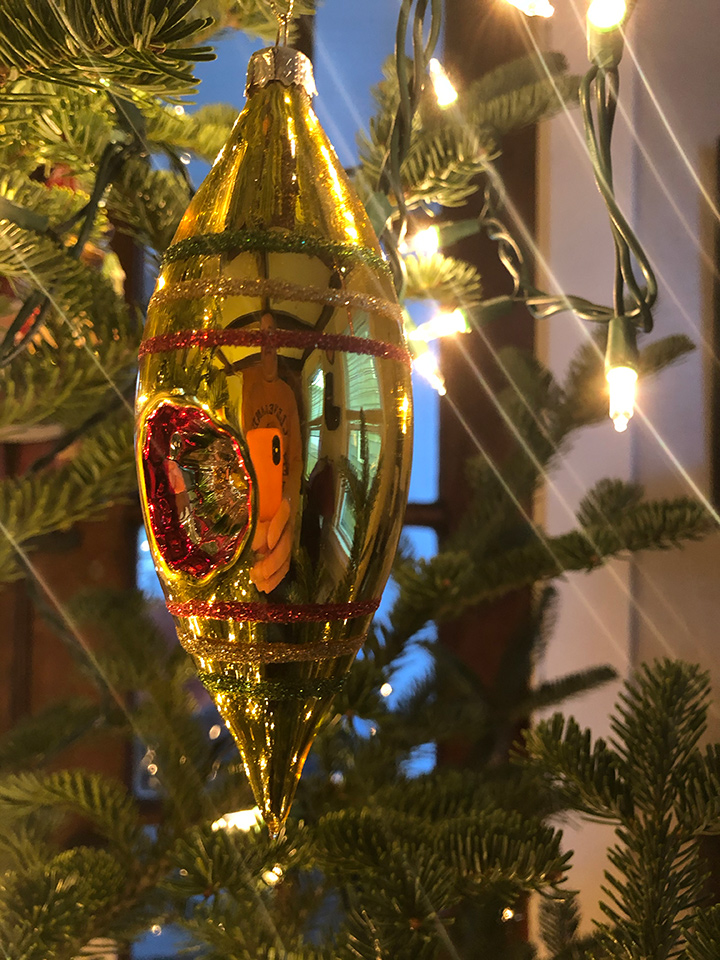 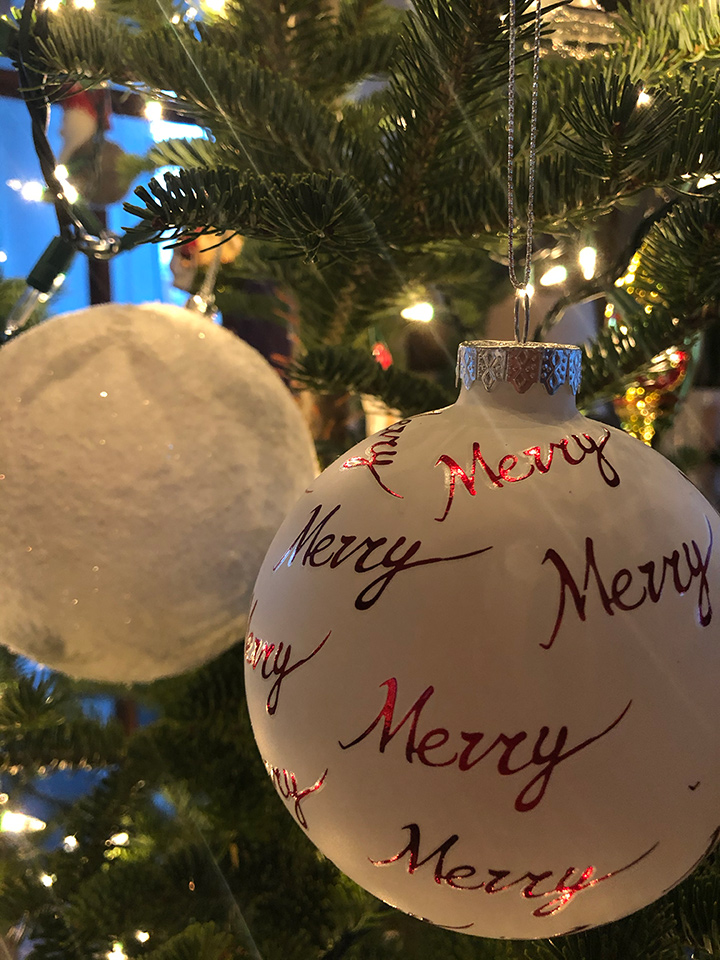 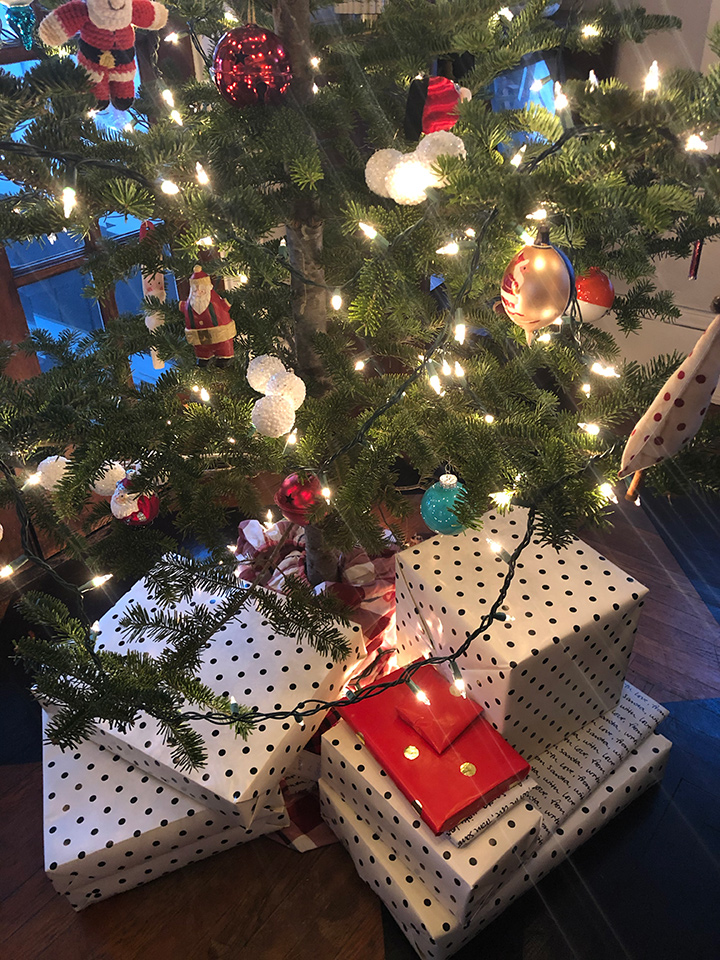 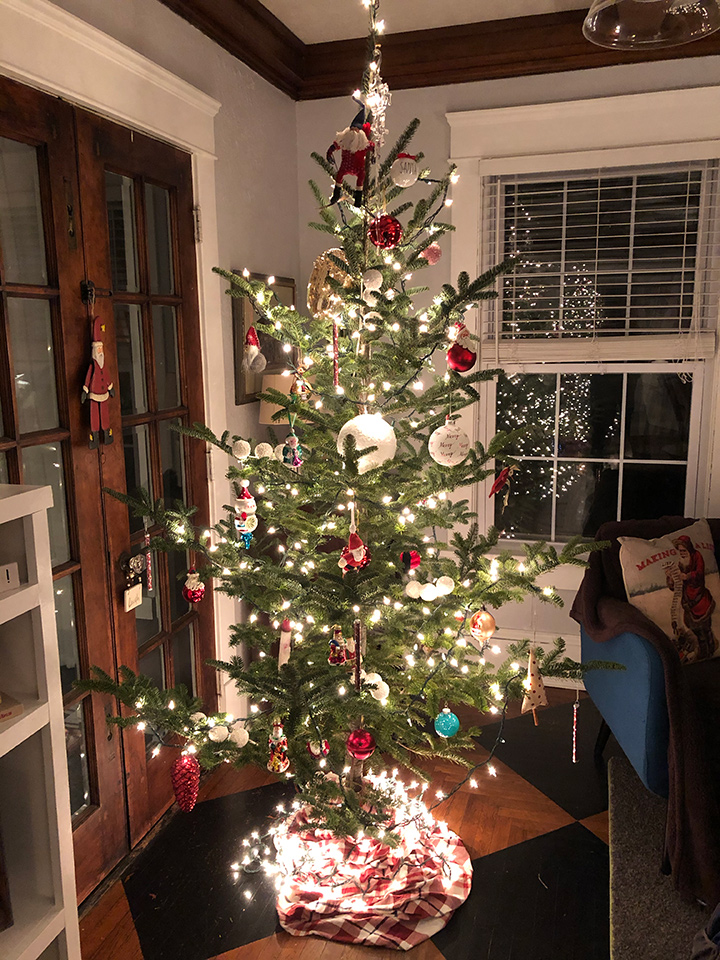 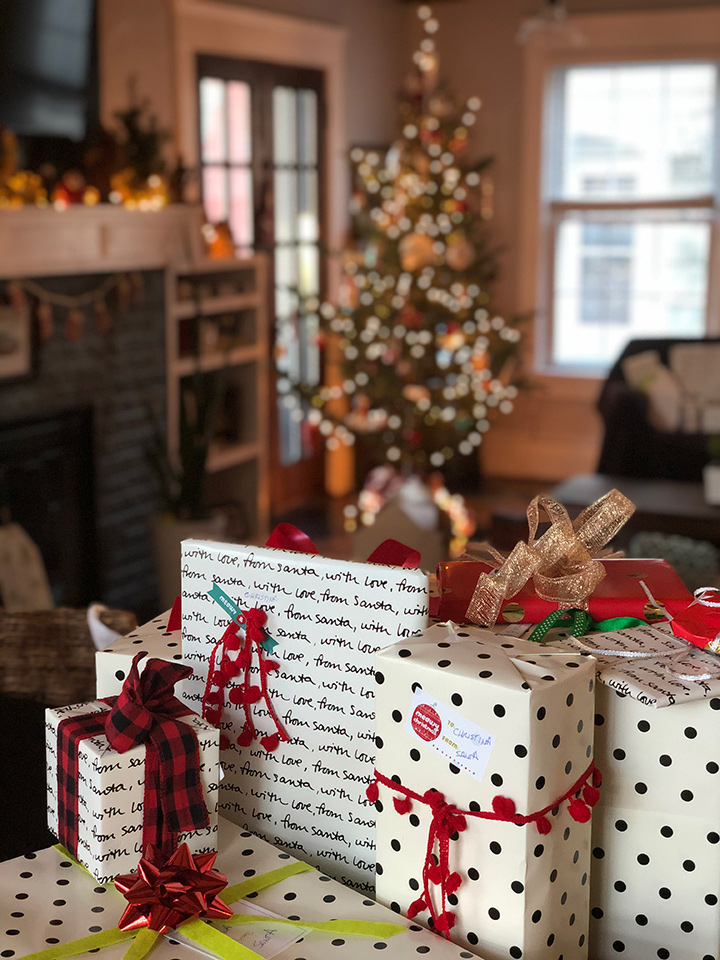 The end result I think is pretty awesome. There were a number of nights that Christina and I would comment on just how beautiful it turned out. Mama and Papa I’m sure would be pretty proud of what we’ve done. Christmas has always been a special time for me. I’m already looking forward to heading back out to Doc Miller’s in 2020.

Nothing beats a live tree. Sure you hear complaints from people about the mess and clean up, blah blah blah. To each his own and to those folks I say… your loss. To me, it’s totally worth it and why I will always have a live Christmas tree.

I can’t forget to mention, that without everything my parents did to start their new lives in the United States, none of this would be possible. I dedicate so many of the things I do to them, their sacrifice and their bravery. 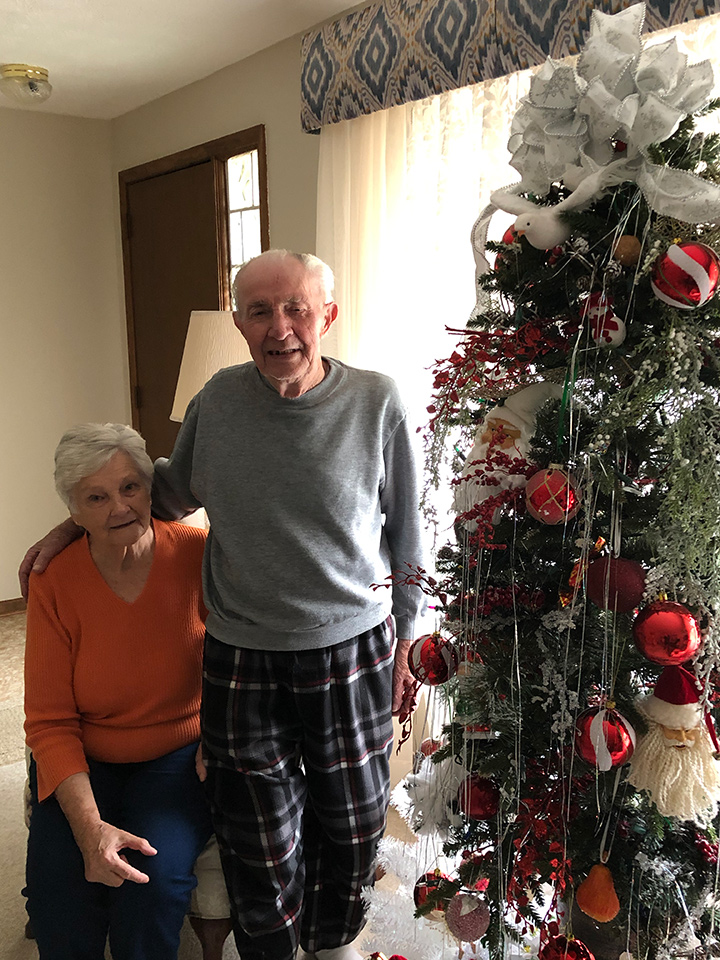 And I guess since this is a beer review, we should talk about the beer right? HA! During the decorating festivities this year I was enjoying Bell’s Christmas Ale. 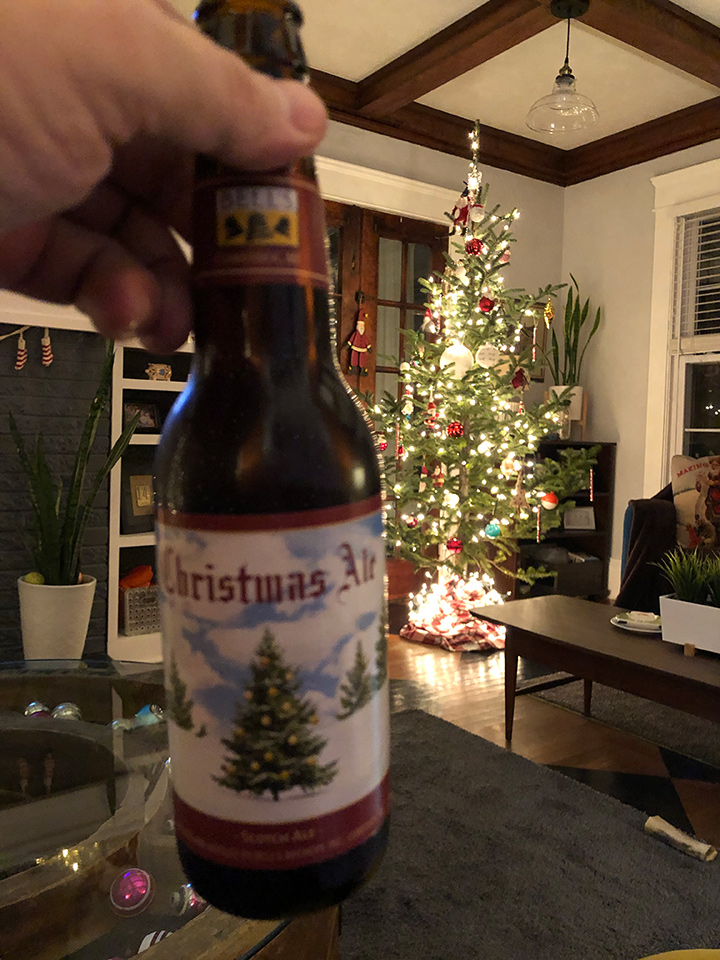 This beer is seriously good. It’s easy to drink and goes down smooth. The Christmas Ale season is one of my favorites. I’m always a bit hesitant to try “another” Christmas Ale, I guess because I have my favorites, but this one has definitely found a place on my list. Great job Bells!

I know it’s a little late, but cheers and boldog Karácsonyt (Merry Christmas in Hungarian)!