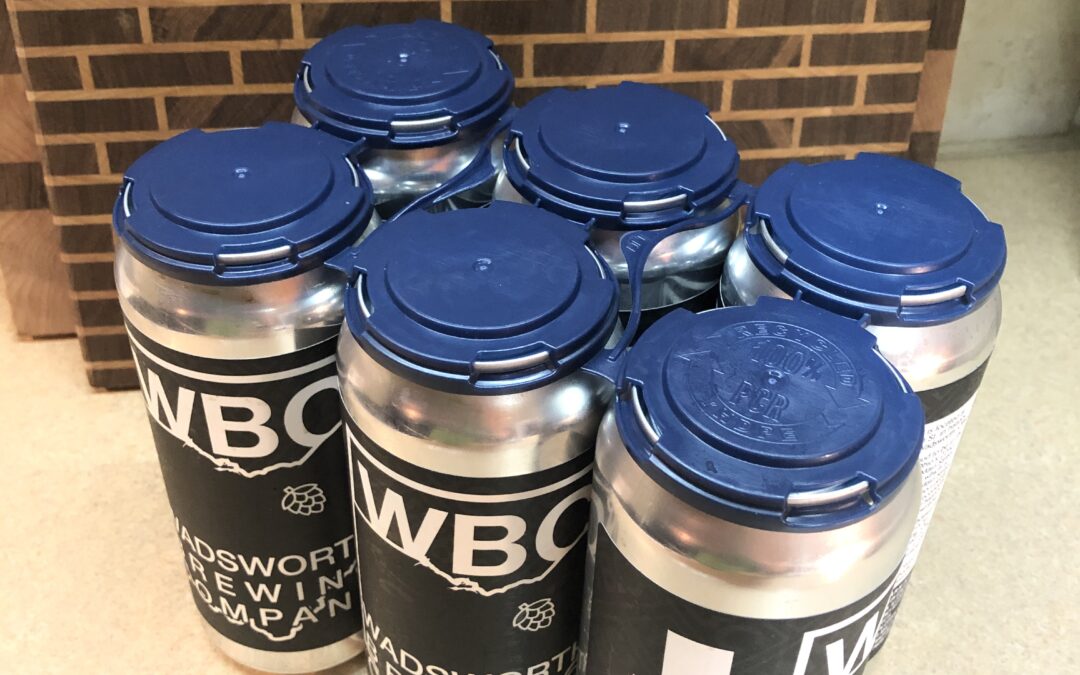 I have on a few other occasions talked about the awesome benefits of being a part of 3 Guys 6 Beers, and this will be one of them. My sister said she had some beer for me, but I certainly didn’t expect this. She showed up with a six-pack of six different beers from Wadsworth Brewing Company around the corner from her house in Wadsworth, OH. I have heard of Wadsworth Brewing Company, but admittedly, never been there, but after trying their beer and hearing of about them, I will definitely be heading there to check them out firsthand and to do a full brewery review. Generally, when we do our #inthefridgefriday videos, I offer to do a Facebook live review of a beer chosen by our followers. However, my sister showing up on my door with beer from a brewery I’ve never tried became the weekly Facebook live video review (which can be seen here). Thankfully, she agreed to join my for that review.

I have had several Christmas beers this year, and will be having several more at our upcoming 3 Guys 6 [Christmas] Beers event on December 15th. But this one, Winter White is right up there at the top. That last Christmas beer I pegged as my top choice was Yuletide from Royal Docks. We tried that on one of our YouTube videos and Joe, TJ and I all gave it a 5. As much as I liked Yuletide, I’m putting Winter White, (both still 5’s) just above it. Winter White was so smooth and easy to drink and enjoy, and not being beer snobs, that’s what we base thing on here at 3G6B, do you like it and would you drink it. You’re immediately met with a pleasant aroma of spices that just invite you to take a sip. Tastes of cinnamon and nutmeg in just the right proportions keep you coming back for more. I’ve had several beers lately that are just way over the top when it comes to spices, but Winter White is just perfect. If you haven’t had one yet, you are missing out, because I’m calling it right here, this is now my benchmark Christmas beer, the one to beat. To my sister, thanks so much for the beer and the folks at The Wadsworth Brewing Company, I can’t wait to stop by!