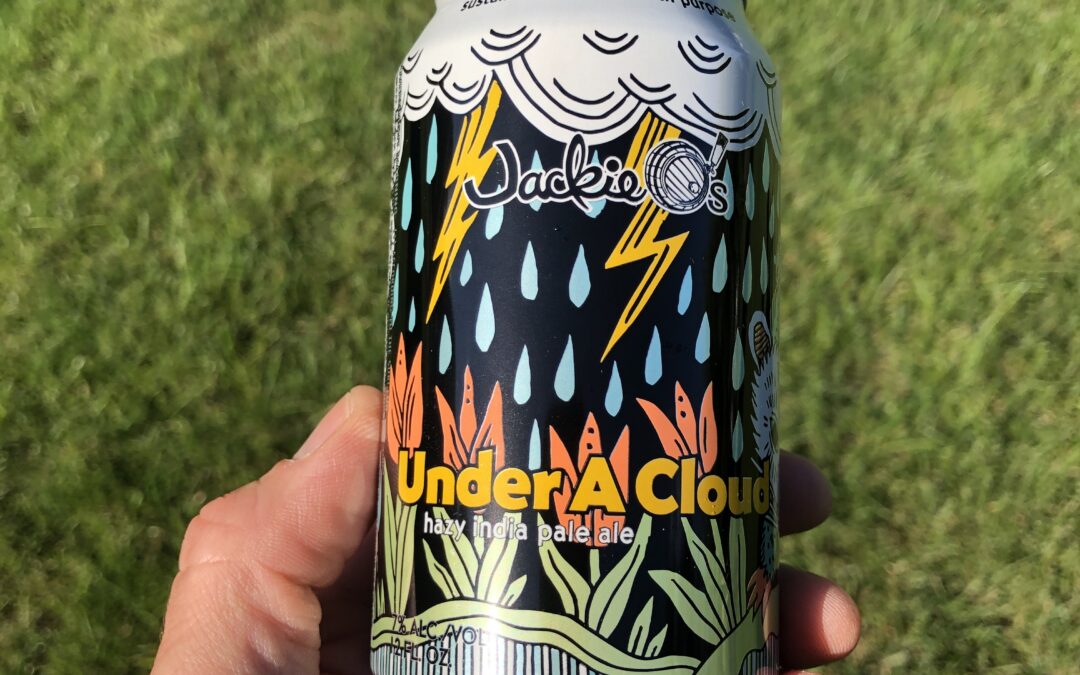 I am definitely NOT an IPA guy. Well, at least that’s what I used to say. This past week I joined my friend Matt Stroia, fellow beer enthusiast and one of the owners of Spider Monkey Brewing Company at The Barrel Room in North Canton for a beer. He was first to try Under a Cloud. Matt knows I’m not a big fan of IPAs, but he thought that I’d really like this one. So on his suggestion, I dared to order an IPA. 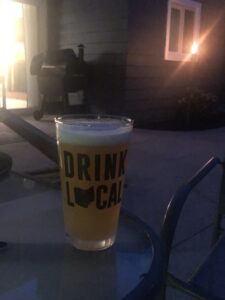 Matt wasn’t wrong, I really liked this one. So imagine that, a guy who along with Joe would refer to the flavor of an IPA as dirty socks enjoying an IPA. I liked it so much, I couldn’t stop thinking of it so I had to pick up a 6-pack from Erik’s and have enjoyed several in the back yard this weekend. When you pour this hazy IPA, you get a cloudy yellow beer with a thick white head. You’re greeted with a citrusy aroma and some hoppiness. When you drink it, you definitely get that it’s an IPA, but it’s not overpowering. It has a great citrus taste that’s certainly refreshing and easy drinking. I have truly found what I’ll deem to be my favorite IPA, but I have one fear, the words “limited release” on the can. So help me out Jackie O’s, I’ve finally found an IPA that I LOVE and it’s not sticking around? Say it ain’t so! One can only hope that this one comes back around next year.