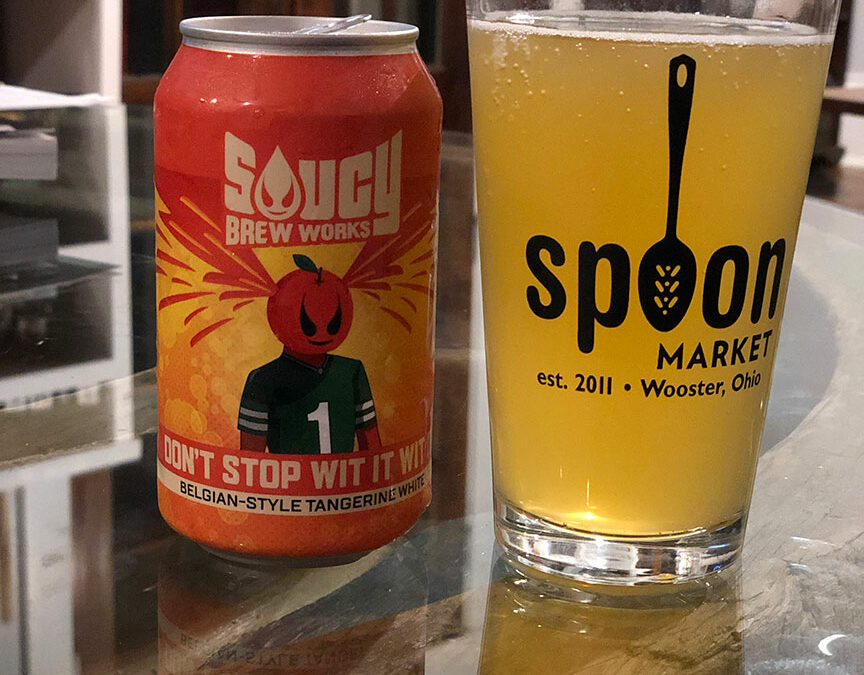 *FULL DISCLOSURE. I had every intention of writing this review this morning (7am) boasting about a big win by our Cleveland Browns last night over the undefeated San Francisco 49ers. Well that didn’t happen. Niners are still undefeated and uh… we got SPANKED! But today is a new day. Still love the Browns. Onward.

So… about 12 hours ago I decided that I would make up our favorite new snack, the loaded waffle fries, and try a new craft beer to go with. This would be “take two” on the making of the waffle fries and this time I got a much more favorable review from Christina… “these are delicious.” WIN for me!

I’d stocked up my fridge last week for #inthefridgefriday with a bunch of craft beers I hadn’t had before. My eye has always been drawn to the cans by the Saucy Brew Works out of Cleveland because they’re always cool and well designed so I grabbed a couple of those. My choice to have during snack time was Don’t Stop Wit It Wit It not only because I’ve never had it, but the pumpkin was wearing a jersey. See where I’m going with this? Monday Night Football, the Browns, jersey… get it? Get it? 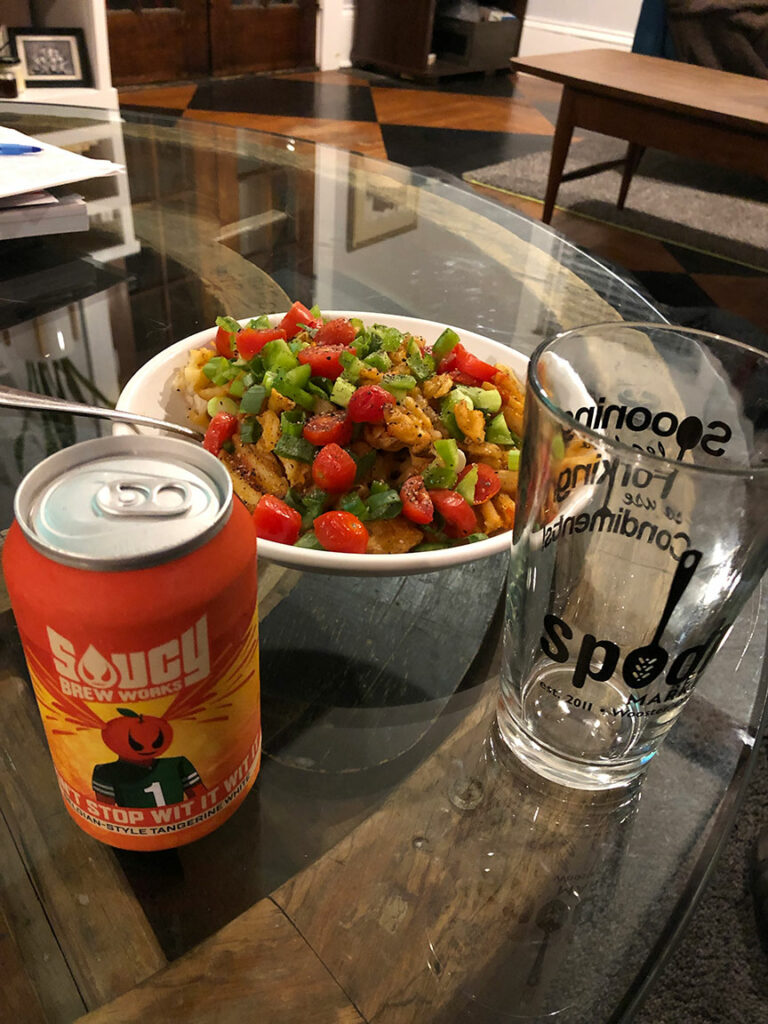 Alright, so the waffle fries… DONE! Time to dive in. The beer had an interesting color when I poured it, it looks really nice in the glass. I have to admit that I’ve not had many Wit style beers, so this was pretty new territory for me. It smelled kind of hoppy… which usually is a turn off for me, but this one wasn’t bad. 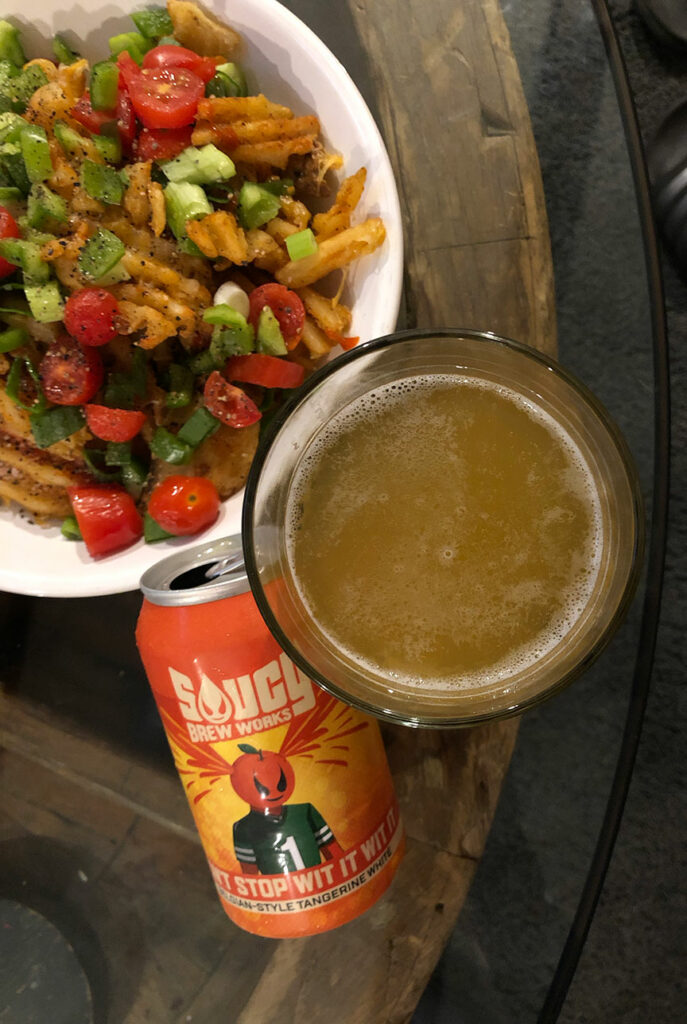 The first taste was “iffy”. But I never truly judge after the first sip. I had a few more and I have to be 100% totally honest, it was a struggle to drink half of it. There was something about it that I couldn’t get past. I could taste the tangerine which was actually kind of nice but the rest… sorry guys. I had to pour it out. I wouldn’t turn anyone away from trying this, especially if this is your type of beer. Like I said the tangerine flavor really pushed through… but I just can’t. 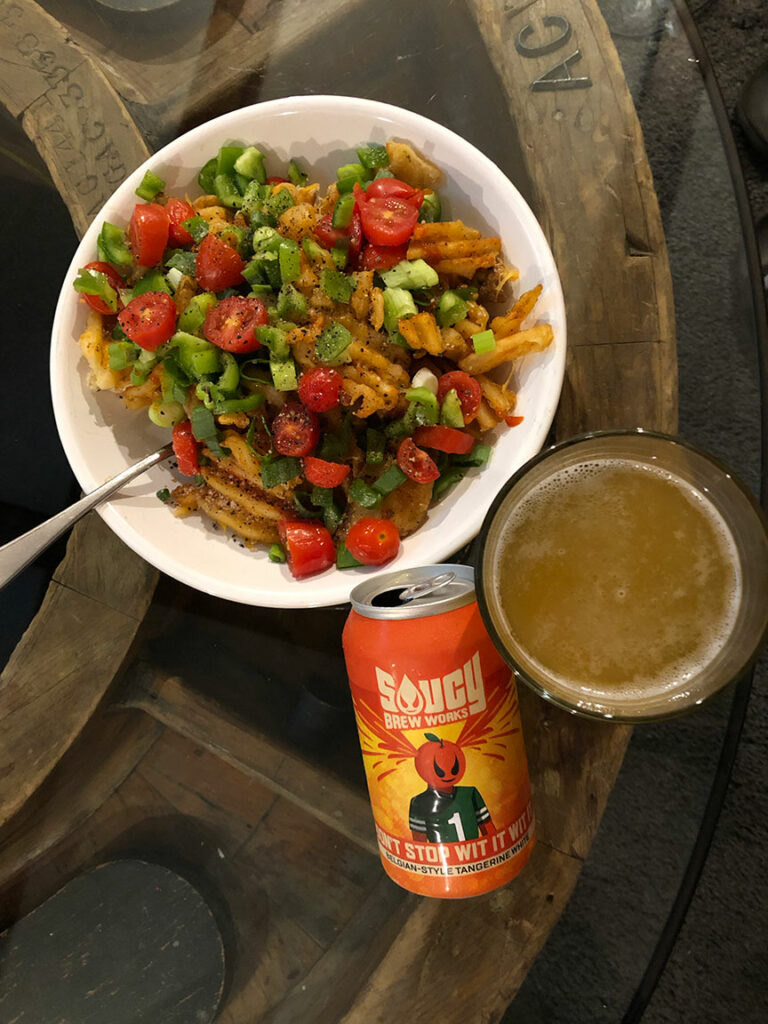 So, the night ended with one win. The waffles fries were fantastic. Figured out the fry to cheese ratio… boom! The beer. Nope. Not a win. The Browns… did I mention the waffle fries were good?

Meatloaf had a better night when he sang “two out of three ain’t bad.” HA! CHEERS! (Now that song is in your head… you’re welcome)

P.S. If you find yourself in Wooster, OH and want a cool place to stop and have a craft beer or something to eat, stop in a SPOON. You won’t regret it. It’s a super cool, deli-ish, store-ish, bar-ish kind of place. We love it there.