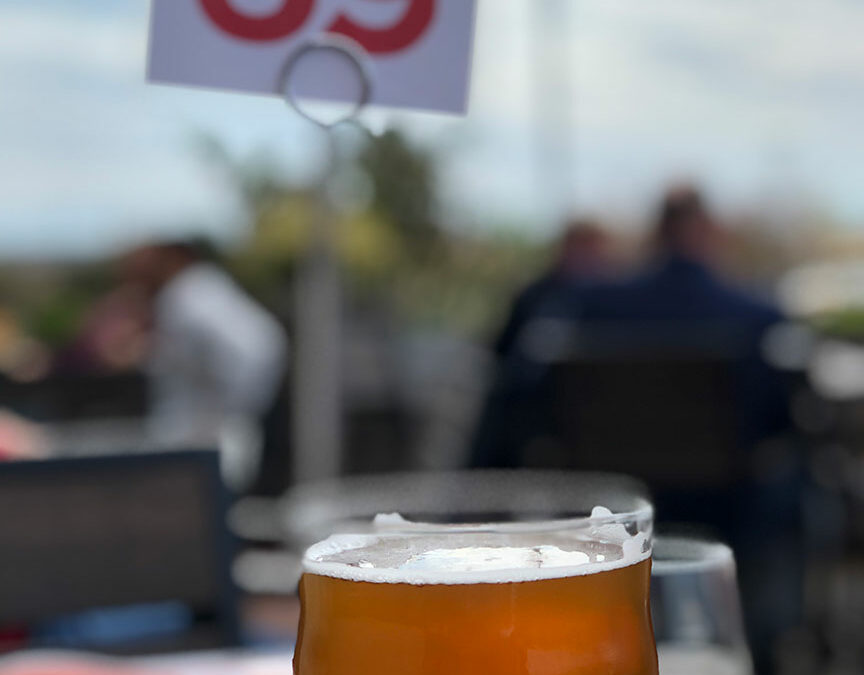 When you live in Northeast Ohio, and it’s October, you can never predict just what the weather will be from one day to the next as the month passes. We got really lucky with a string of really great weather for a few days. Like sitting outside, drinking beer on the patio lucky.

Sit on the patio we did at Royal Docks for dinner and a couple of beers. Royal Docks has become one of our most favorite places to spend a Friday night… with friends or just the two of us. As far as food goes we always know what we’re going to get before we hit the parking lot… on this night though I told Christina “I’m trying something different tonight.” 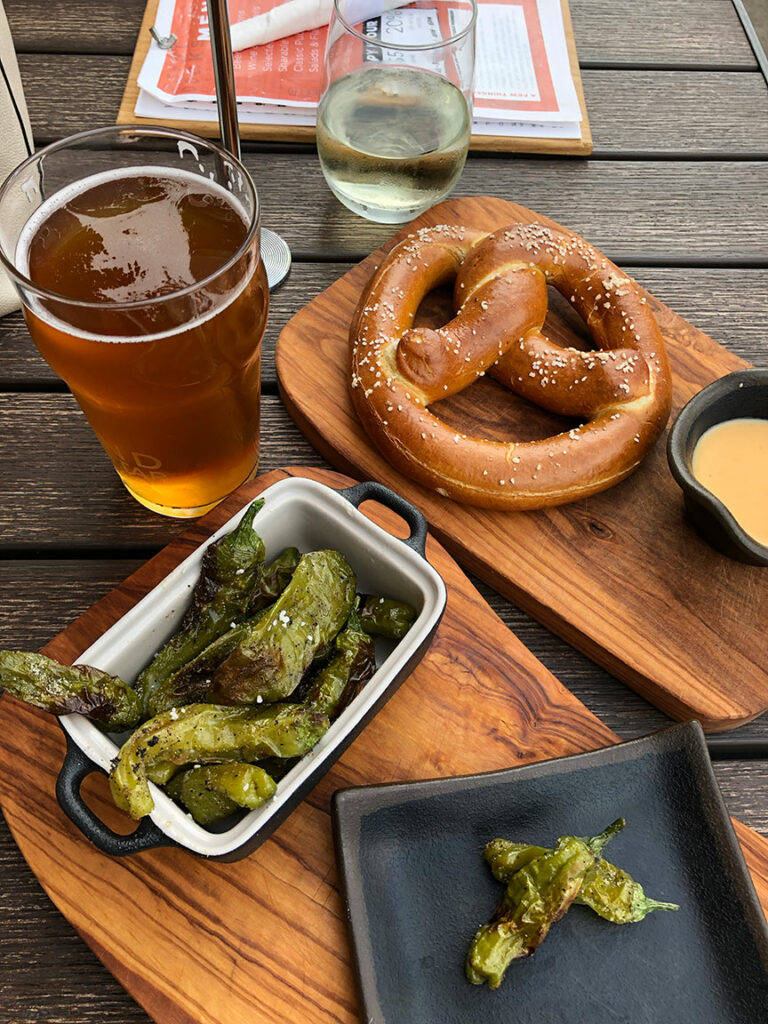 We got the usuals, the Fungi Flatbread, Bavarian Pretzel but I decided to add an order of Shishito Peppers. I had no clue what they were so I asked. Our sever told me that the Shishito peppers are tossed in pepper and garlic oil and sprinkled with sea salt. He also said they could be hot, or it may not be hot. “1 out of 10 is usually hot.” Well, I’m not afraid of hot, so I went for it. Christina isn’t a big pepper fan so they were all me. I did get that one hot pepper (actually a couple)… it was hot alright. Nothing insane, but you knew you ate it. They were super good as was everything else.

I decided to try a different beer as well. I went with the Backyard Crusher. Oh it looked so good when they brought it out to us. That first taste tells a lot, and it didn’t disappoint. The second, and third, well all the tastes didn’t disappoint either. This is definitely an all night beer. Start the night with it. End the night with it. It was light in flavor, great taste and had a good lasting head. It didn’t leave me feeling all bloated either… big plus. This was one nice lager. 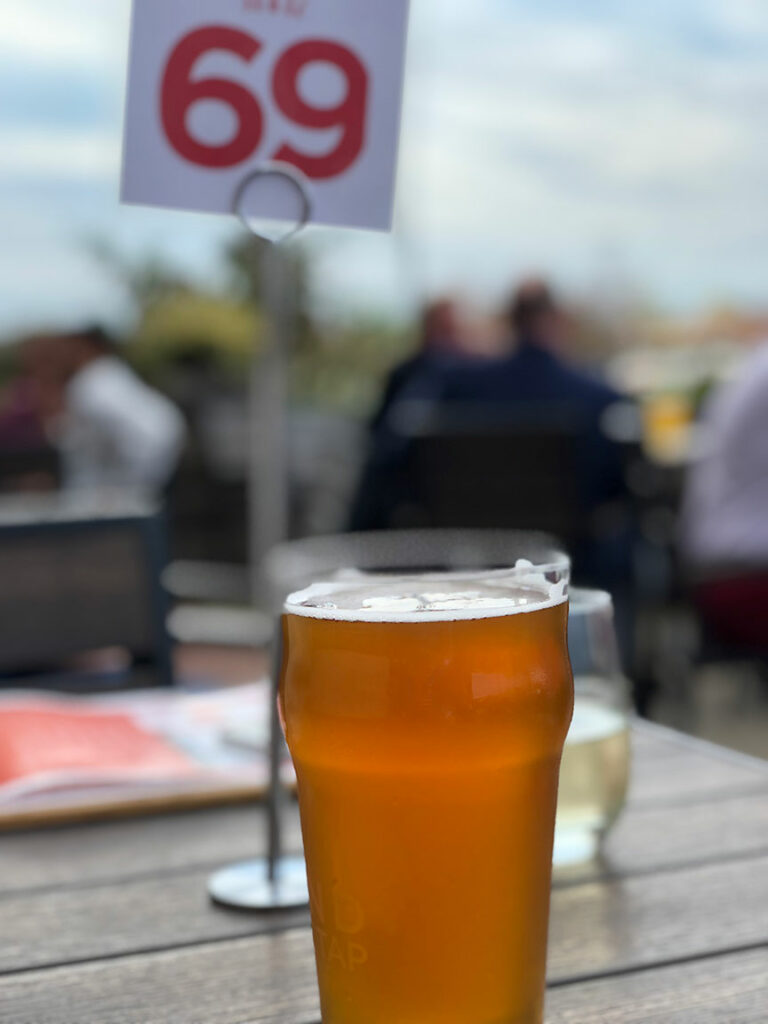 I was going to try another different beer but they were out of it. Secretly I wasn’t disappointed, “another Backyard Crusher please and thank you!”

I know I talk a lot about the Royal Docks a lot, but it’s hard not to. The place, the food and the beer are amazing. We’re lucky to have this so close.

P.S. They just brought out their Yuletide Beer for the holidays. That is a good, good beer. Stay tuned for a review soon. Like really soon.