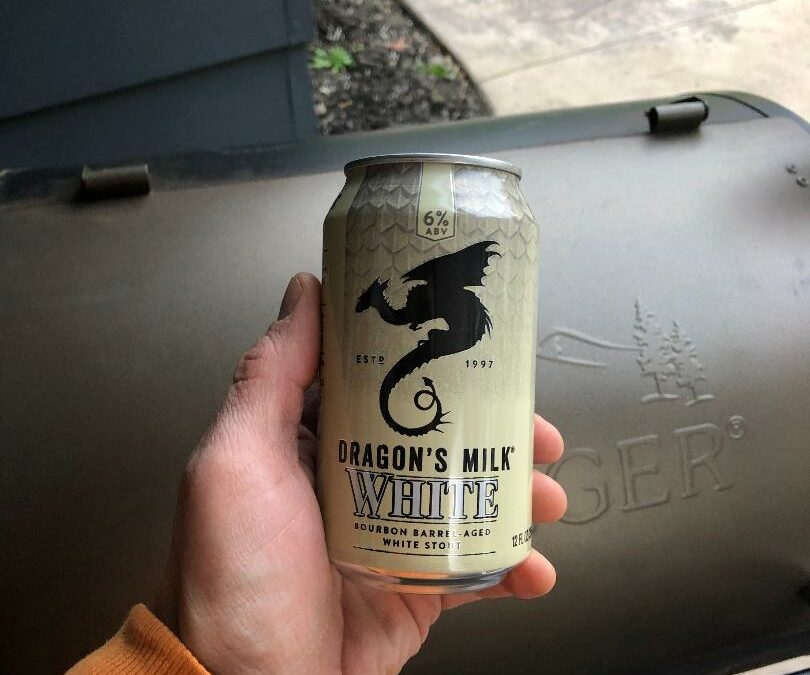 One of my favorite beers of all time is Dragon’s Milk from New Holland Brewing. My sister was the first one who suggested that I try it, and it was love at first sip. So imagine my surprise as I was walking through Erik’s and saw Dragon’s Milk White. And it isn’t just Dragon’s Milk White, there are several other versions that I’ll definatly have to try out too. I enjoyed this Dragon’s Milk White during a Facebook Live video review as this was the chosen beer from #inthefridgefriday based on comments received.

Simply by going off the name on the can, I was immediately comparing it to Dragon’s Milk and my thoughts were, does Dragon’s Milk White earn the right to the Dragon’s Milk name? And the answer is yes. Upon cracking it open I initially struggled with the notes that I was getting, but the pleasant aroma came for the coffee and vanilla used in the brewing process. The biggest thing I noticed with DM White is that it is super smooth. Smoothness is one of the things that I look for in a beer, I’m not the kind of guy who wants something “harsh” I want to be able to sip and enjoy, and that’s what you get here. It’s very safe to say that Dragon’s Milk is in my top 5 favorite beers, but this one is no slouch either. With half the abv and a great taste, its safe to say that I’ll definitely have another one of these down the road, and the White is certainly my gateway into the other beers in the Dragon’s Milk family. Try one out and let me know what you think!