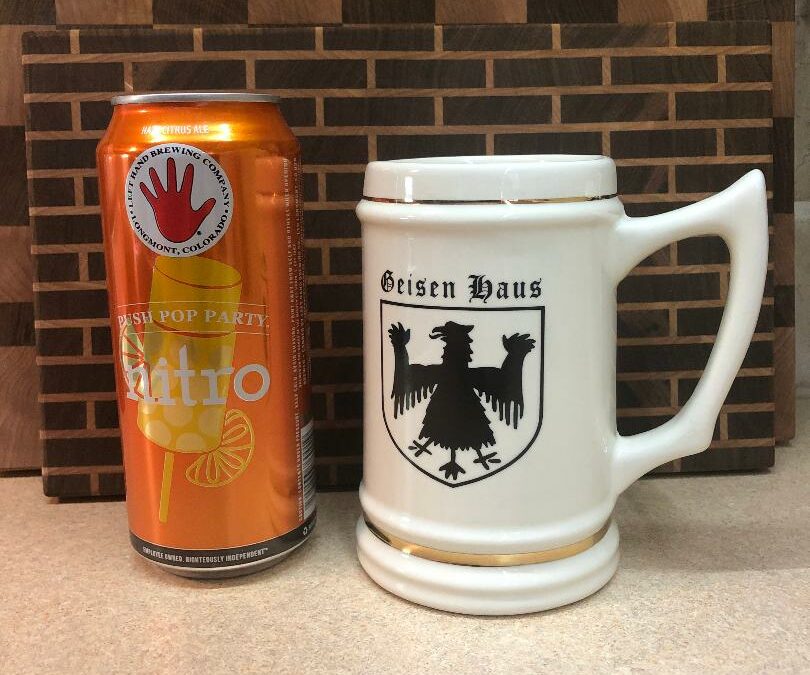 This delicious beer was the choice of the commenters on my #inthefridgefriday offering to do a Facebook Live beer review. That live review can be found on our Facebook page here. Joe reviewed this one a few weeks ago, and ever since I saw his review/pics hit the site, I knew I had to try it. Upon opening the can you’re met with citrus and lime notes, something that I hadn’t experienced in a beer before. It pours a golden orangish color with a creamy white head.

As far as taste goes, it didn’t strike as overly strong in any direction. It didn’t overtly taste like beer, in a super strong beery kind of way, and I could see people who aren’t huge beer fans liking it. That said, I don’t think it would turn off even the most discerning beer snob. Push Pop Party Nitro has almost tastes like those awesome push pops we all got as extras after lunch at school, well, at least us 80’s kids got them after lunch. You get the orange/citrus taste with a little lime in there, and it was creamy the whole way with a finish that leaves you wanting that next sip. This awesome, easy drinking beer certainly didn’t disappoint, and I’ll definitely be grabbing another down the road, and I encourage you to pick one up too!