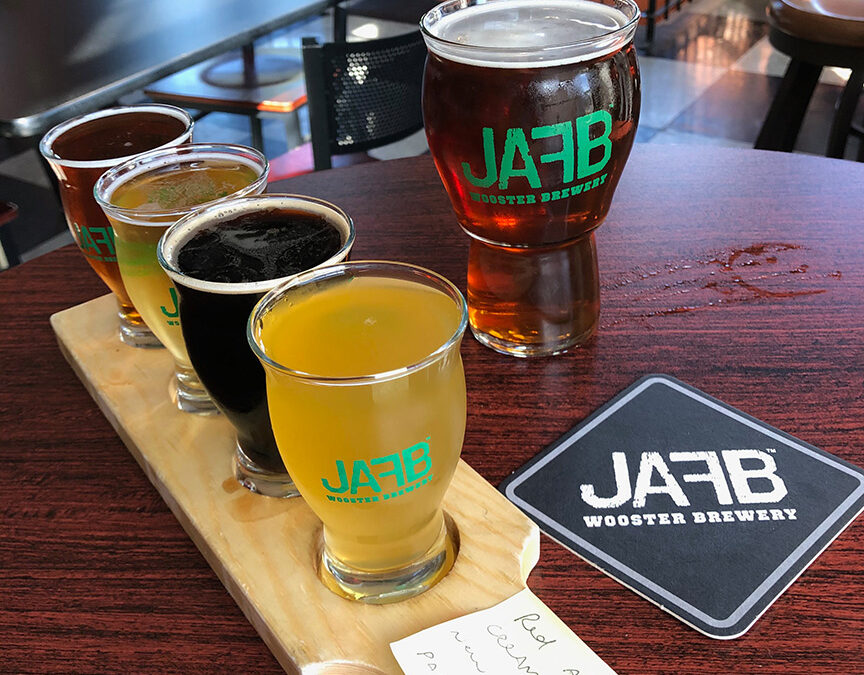 Christina and I love Wooster… it’s become quite the super cool little city and one of our favorite places to go. More about Wooster and future trips there later.

Anyway, back to the JAFB. We decided Friday night would be a good time to check this place out. It’s date night. A new place on our radar. In one of our favorite cities. Why not?

On their website JAFB encourages guests to BYOF (bring your own food) because they don’t have a kitchen. Is a kitchen part of future developments? I don’t know, but they do have food trucks from time to time. There is a calendar on their site to let you know when those dates are. But we already knew there were great places to eat in Wooster, so the food wasn’t an issue.

I have to say that I love the attitude of the name. I mean I just fu*cking love it. The brewery is in a great spot, like I said just a block off busy Liberty Street. They have limited parking right next to the brewery, but it fills fast. There is a lot across the street with plenty of room. I suggest you fu*king park there.

I’m not sure what this building was in a previous life, the outside is nothing fancy or special, it’s definitely not a dump or anything like that. I think it just goes along with the fu*king attitude. 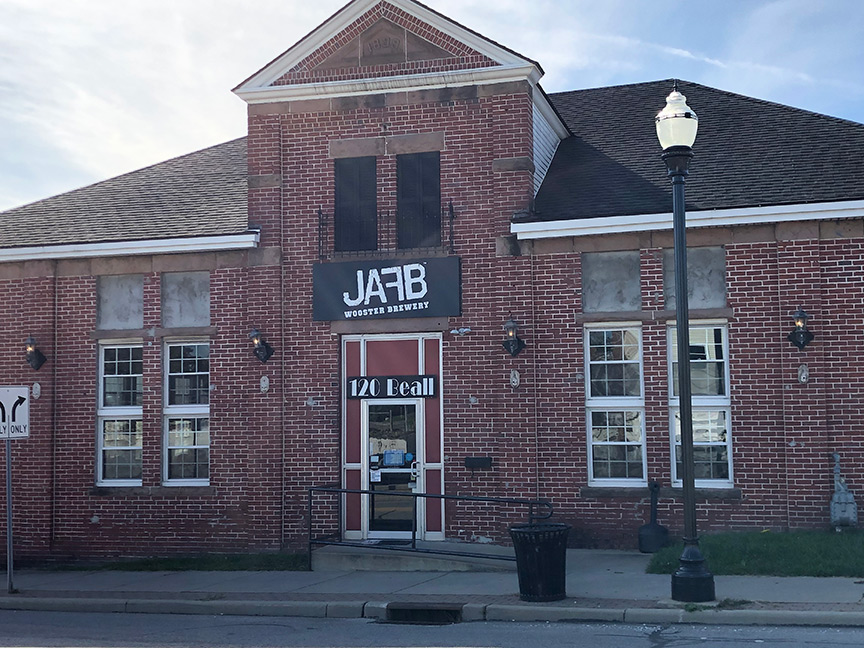 First thing I noticed walking in were the big long pine tables. Perfect for getting a group of people together and having a great night. There are smaller tables and high-tops as well. It felt really comfortable from the minute we walked in. It wasn’t stuffy or high-brow, it was fu*king perfect actually. I had so many questions I wanted to ask the bartender, but when we were there, he was the only one working, and he was pretty slammed. I can totally imagine the response I would have gotten from him about my questions… “are you fu*king kidding me right now?” HA! All good. I’ll reach out later. We’d love to have them at the 2nd Annual North Canton Craft Beer Festival (May 16, 2020 by the way. Mark your calendars). 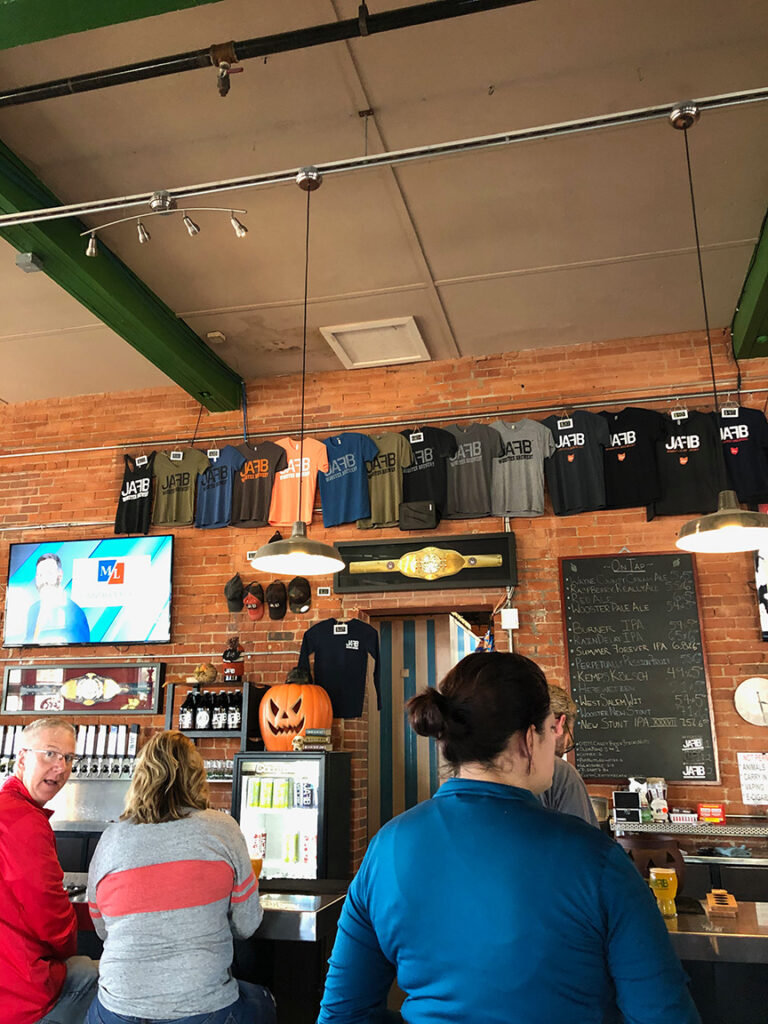 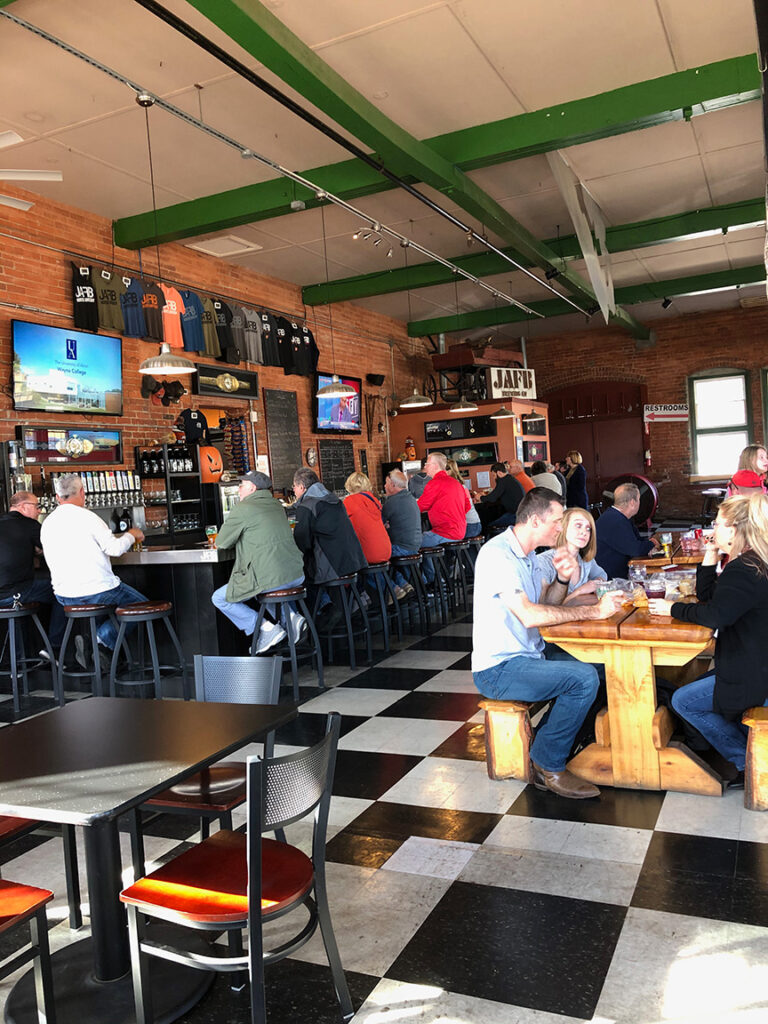 Since it was our first time there, I got a flight. Well two flights actually. I mean I had to sample the beers right? But get this, “I, Joe” even got IPAs! I don’t like IPAs but hey… I have to try, 3 Guys 6 Beers is all about being transparent and trying all types of craft beers. 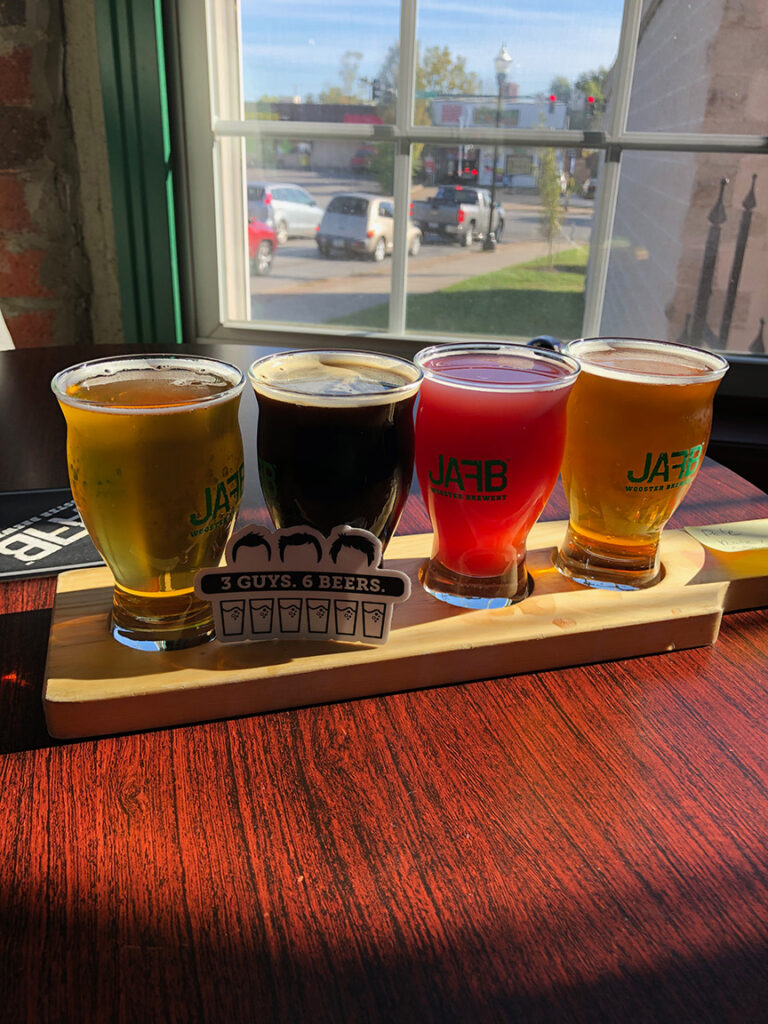 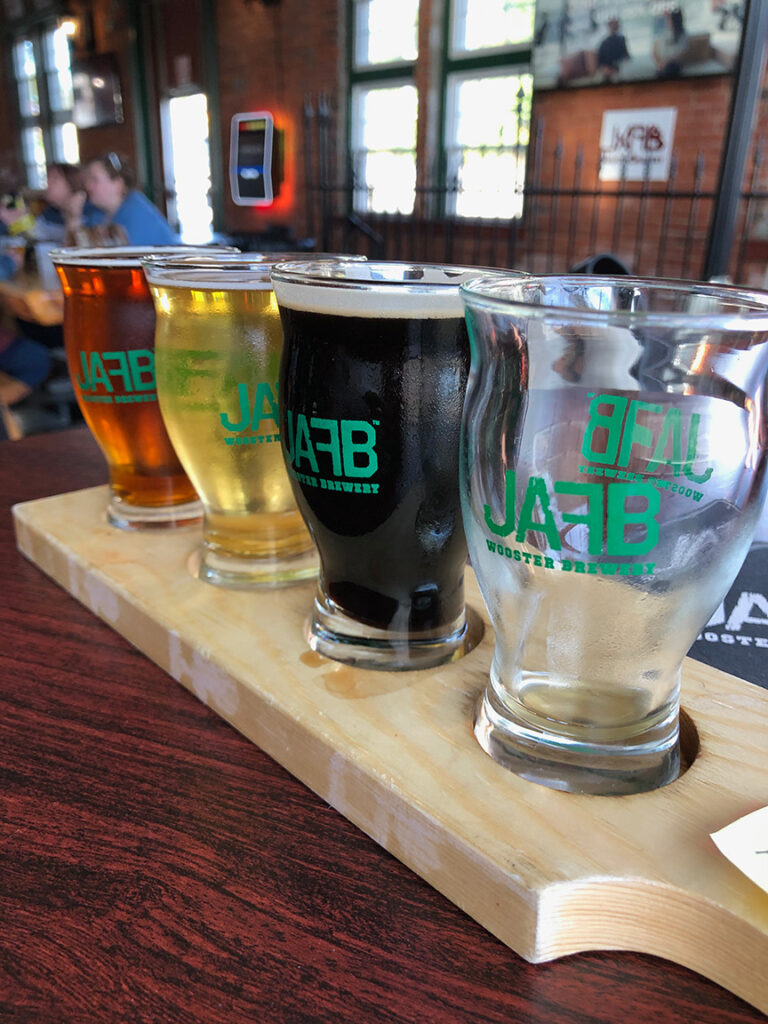 So the beers that I tried were; Wayne Country Cream Ale, Raspberry, Really? (Ooops. Drank that one before the picture), Red Ale, Wooster Pale Ale, Perpetually Passion Fruit, Rain Delay IPA and New Wooster Stout (x2). Across the board these were all excellent beers. Yes, even the IPAs. Like I said, I don’t like IPAs, but these were good. The New Wooster Stout which was my favorite out of all of them is really, really good.

As I mentioned, the atmosphere at the JAFB is really laid back. I told Christina the next time we roll in here, and there will be a next time, we should bring a big ‘ol fat pizza, get some beer and have a good time. But, the table next to us did something that looked far more fun. They went to the grocery, got a bag full of different crackers, cheeses, meats, some fruit and they had like a little picnic. So… THAT’S what were going to fu*king do next time. It just looks so fun. We even ran into some good friends from Deli Ohio here…small world. 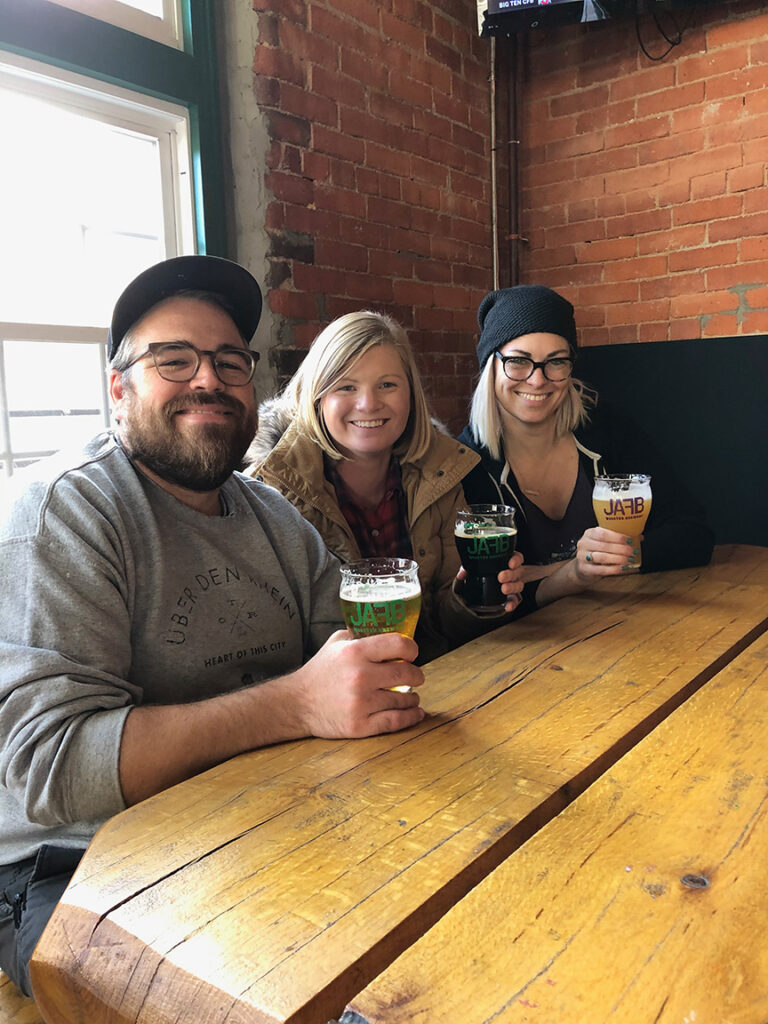 I would recommend to anyone to give JAFB Wooster Brewing a try. It’s totally fu*king worth it. Whether you pack a picnic or hit up one of the really great restaurants in Wooster for dinner like we did, you can’t go wrong. If your looking for lunch or dinner, I would recommend the Broken Rocks Cafe. Oh man do they have great food. Fantastic pizzas and pretty much everything else. They do get busy though. It filled up pretty fast when we were there. 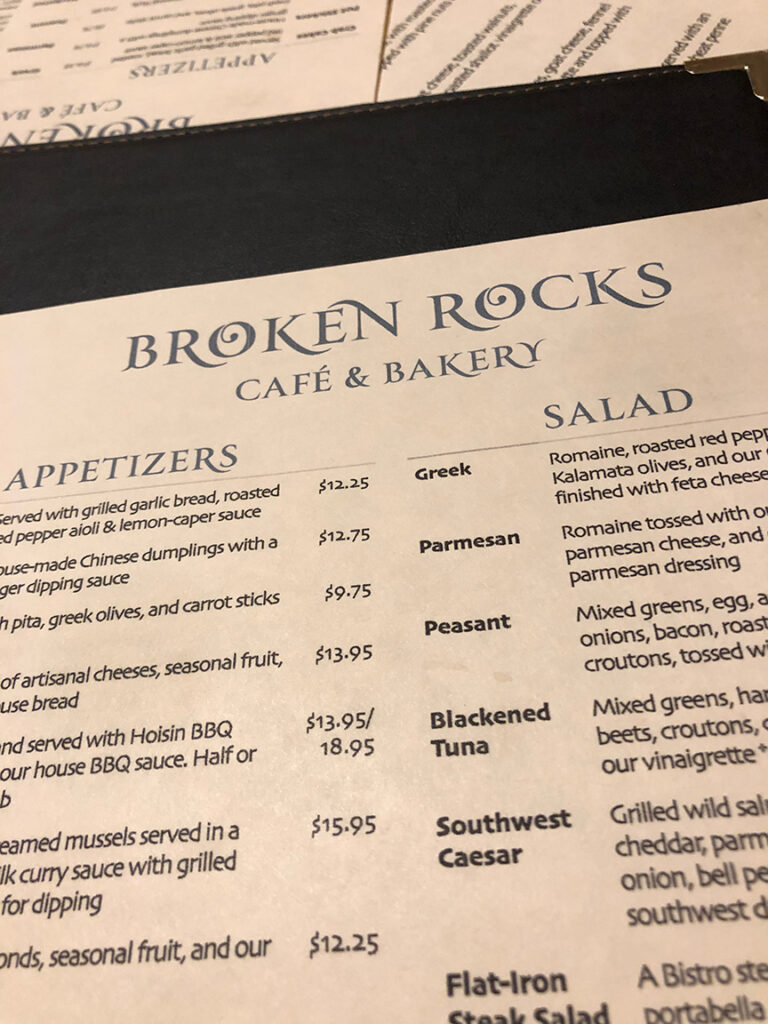 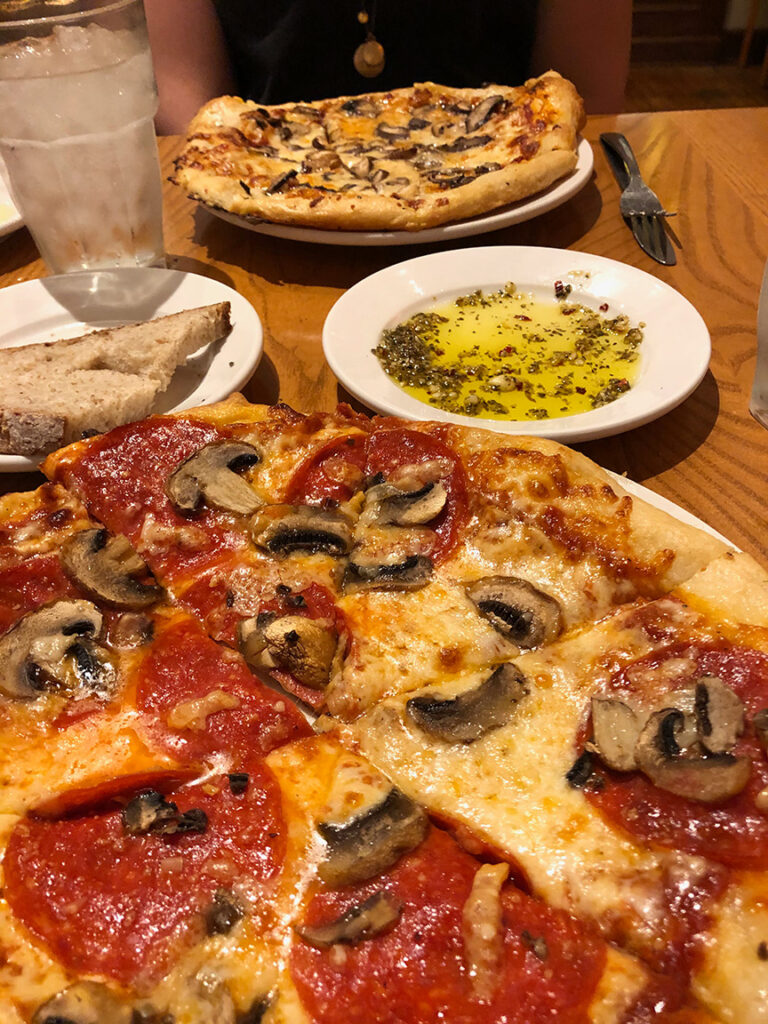 Wooster has really reimagined itself. The downtown district has something for everyone. They have these great little parks tucked in between buildings with benches and tables spread all over downtown. Perfect for enjoying a soda, ice cream or a sandwich. There are so many great places to shop too, like The Blue Spruce Boutique where I found this little gem of a book. 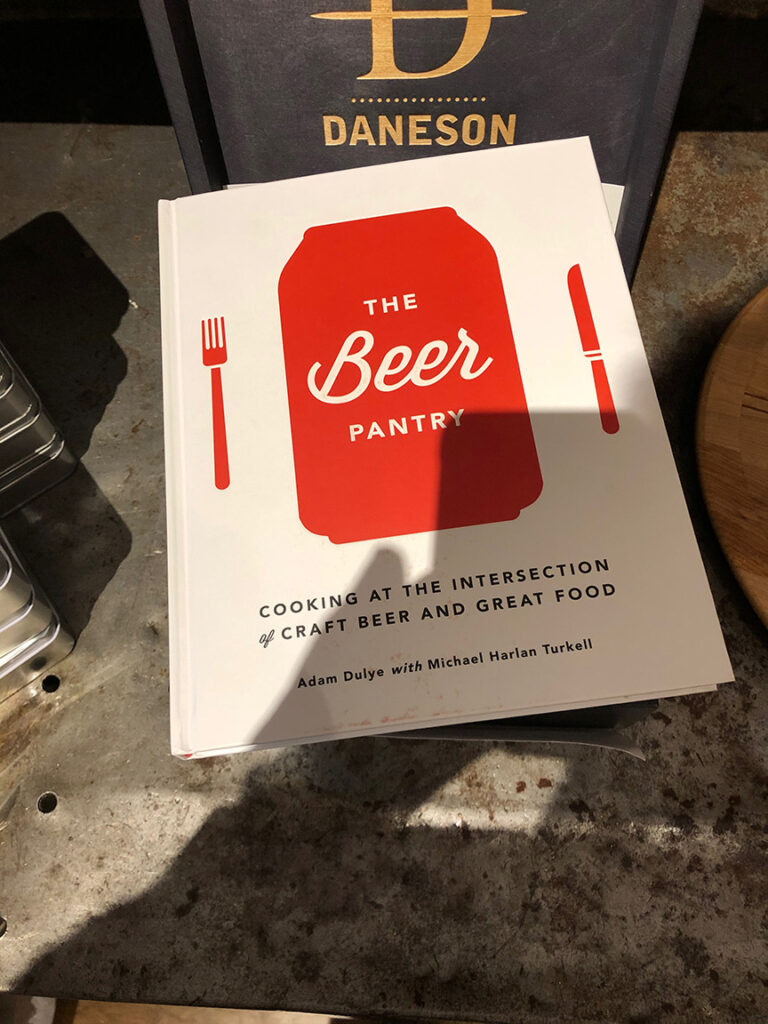 As the weather gets cold, the snow starts to fly and the holidays are upon us, we’ll be paying another visit to Wooster after the “getting our live Christmas tree” tradition from a nearby tree farm (stay tuned for that post in mid December). That day may be my most favorite of the entire year.

If you find yourself near Wooster, Ohio, you really should spend some time exploring it. The JAFB is absolutely  fu*king 3 Guys 6 Beers approved.