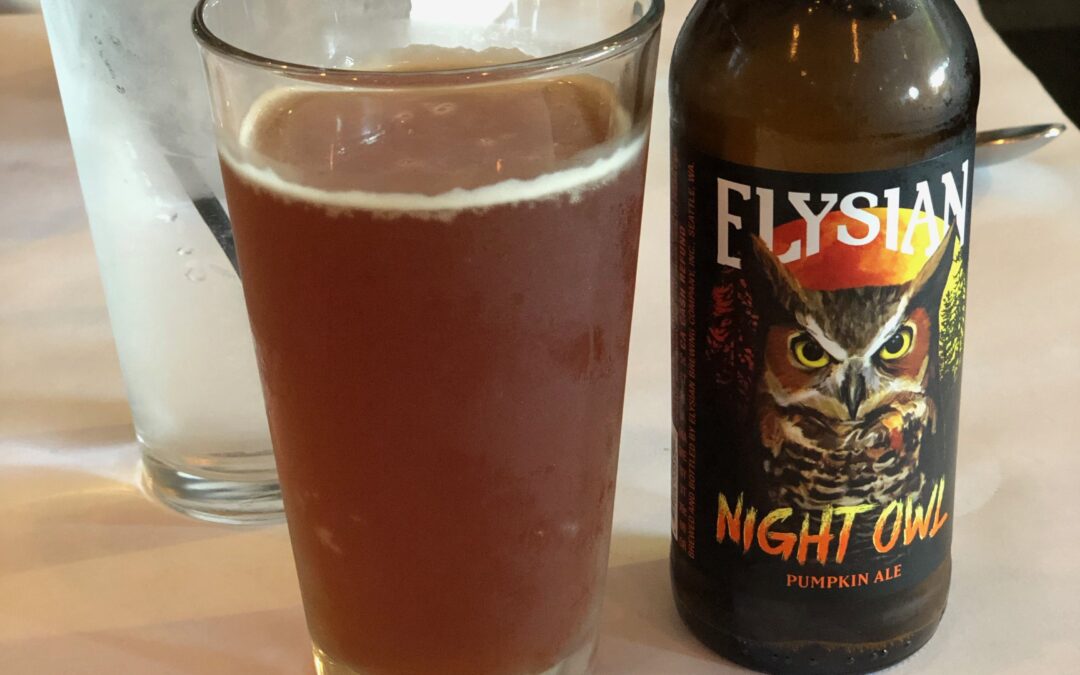 NOTE FROM JOE: After posting this review, I did a little further investigation of Elysian Brewing and found this:
On January 23, 2015, it was announced that Elysian would be sold to Anheuser-Busch. This deal means that Elysian Brewing Company will no longer meet the Brewers Association definition of a “craft brewery”, since full ownership by Anheuser-Busch exceeds the definition’s 25% maximum ownership by a non-craft brewery.
I will leave this post here because it’s still a damn good beer but you know Anheuser-Busch and all. Before posting in the future, I will be sure to do my fact checking prior. Apologies.

Friday night, date night beers with dinner. The Elysian Brewing Night Owl. It was Asian for dinner on Friday at Jasmine Asian Bistro. Their beer selection wasn’t that great… way too many mainstream beers but they did have a “seasonal” listing.

Our server started with the Night Owl and I stopped her there. HA! I do love a pumpkin ale. When she poured it I noticed the color right away. It had a great autumn look. But when I smelled it, I was really surprised. It smelled like something I’d had before, but I couldn’t put my finger on.

When I tasted it… it hit me. It tasted like Christmas ale. Totally not a bad thing in my book, probably not what the brewers at Elysian want to hear. BUT… it was different than a Christmas Ale the more I drank it. The pumpkin and cinnamon really started to come through along with the nutmeg but what I really like is the tingle the ginger left.

I made sure that Christina, gave it a try because she loves her Christmas ales, but I didn’t mention anything about what I thought. She had the exact same reaction that I did. “Ooooooh, this tastes like Christmas ale.”

P.S. Look for Christina’s guest review on Christmas Ales around the holidays. 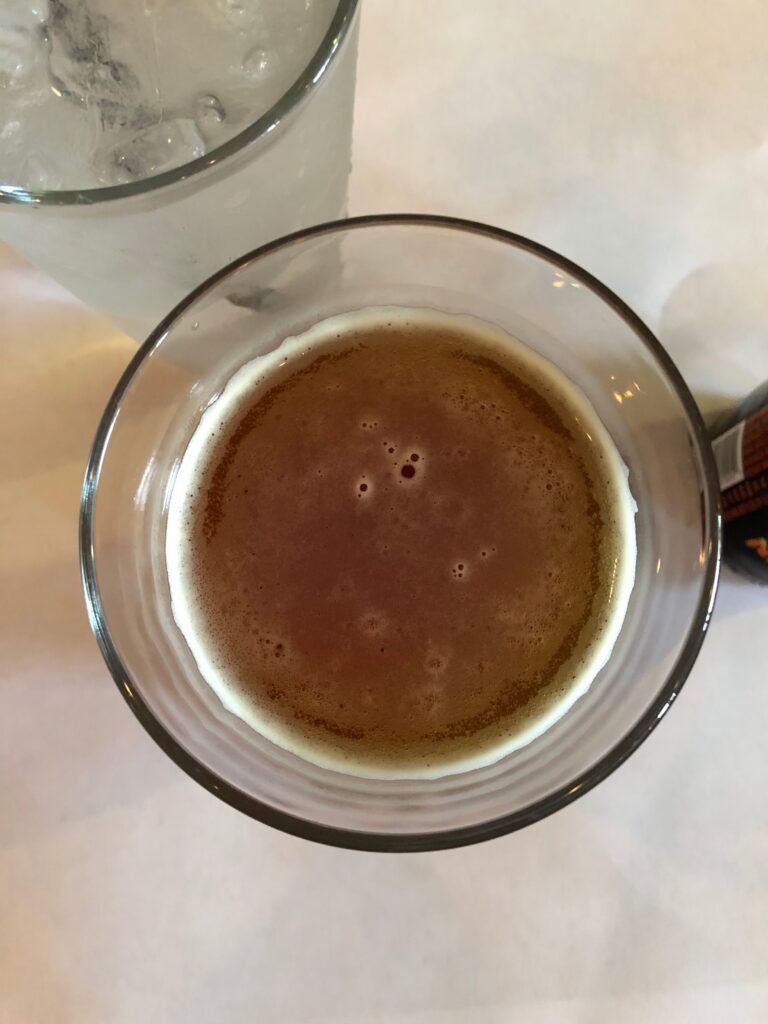 But here’s the interesting thing about this beer. So I/we had at dinner on Friday. We liked it so much we bought some bottles to take to a bonfire on Saturday. The strange(?) thing is that it tasted different drinking out of a glass than it did out of a bottle. Your nose definitely plays a big role in this beer. Christina and I both noticed this. 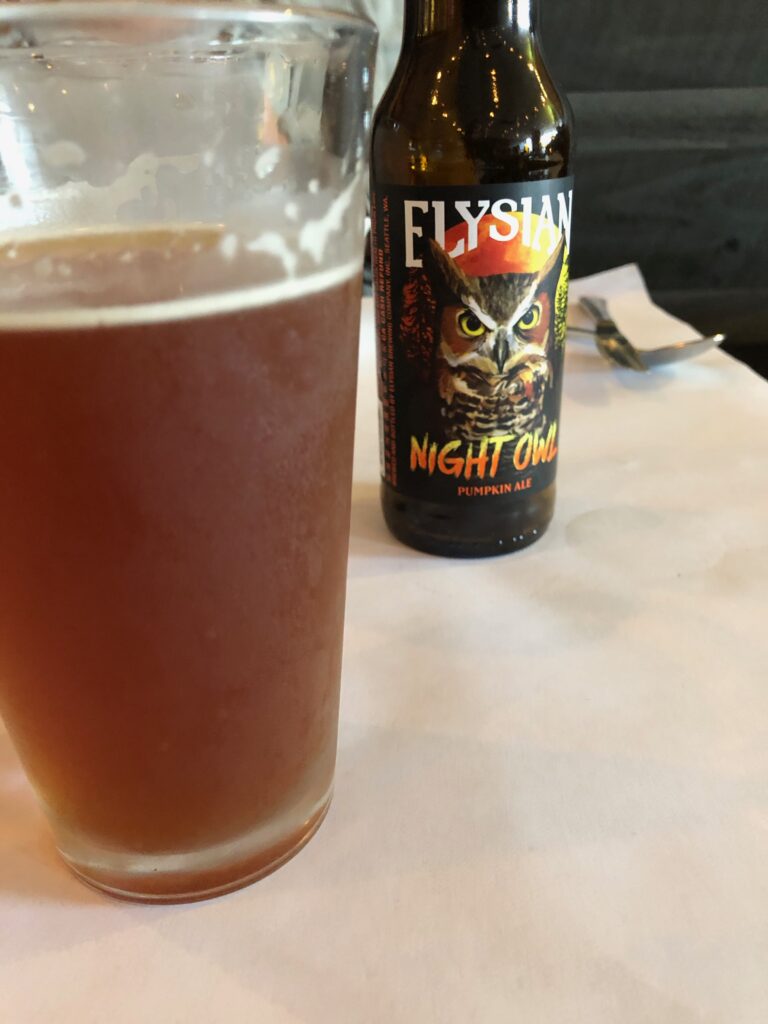 Neither option is bad by any means. But I’ve never noticed this before when drinking beer. I usually have my beers in a glass at home, but at a party or fire or whatever… I would drink it from the bottle or can. Very interesting.

This could be a fun experiment to try with other beers.