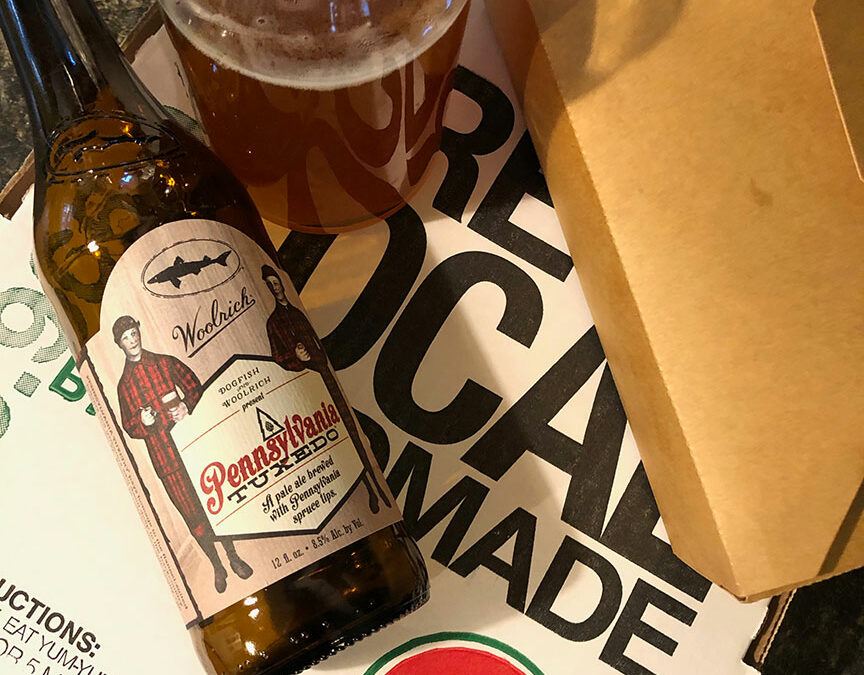 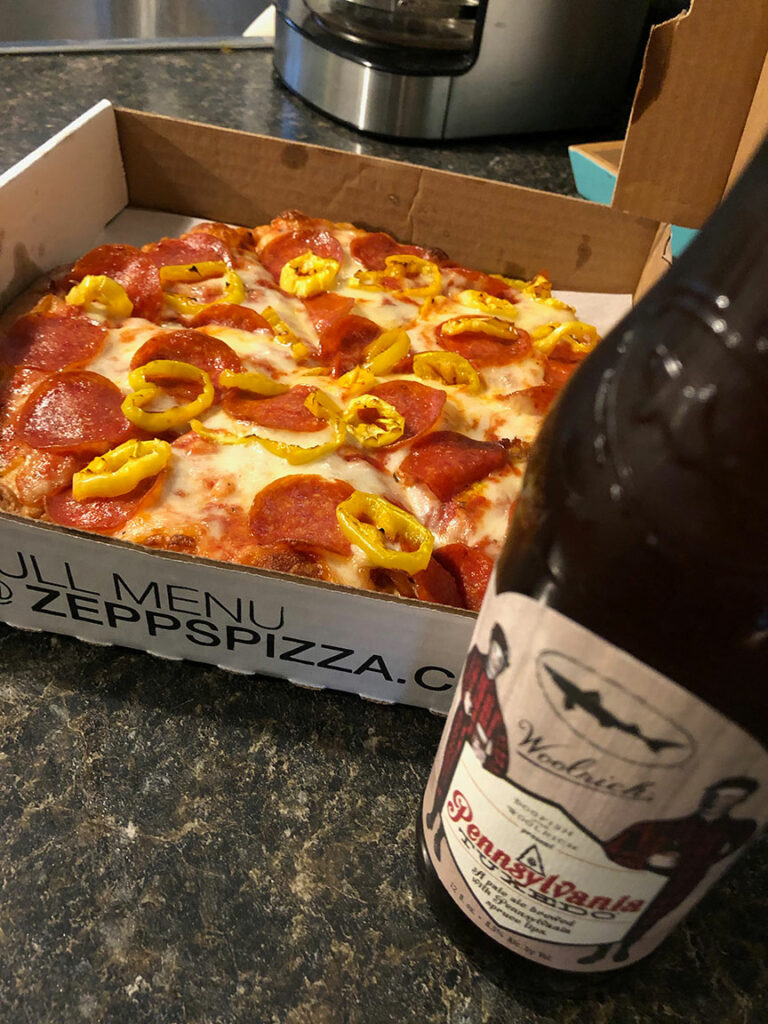 One of my favorite foods of all time is pizza. Oh man I love pizza. Not one of those “fancy” specialty pizzas or a pie with whacked out toppings like pineapple. Nope. Just pepperoni and banana peppers for this guy. Now THAT’S pizza. Jojo potatoes to go with? BONUS!

Dogfish Head Craft Brewery out of Milton, Delaware, ranks among the top as a favorite brewery, there’s been so many of their beers that I absolutely love and I was really hoping the one I’d picked wouldn’t disappoint.

On this particular night I was flying solo because of some late meetings Christina had, so… YES, it’s pizza from Zepp’s Pizza and beer! Zepp’s pizza is crazy good, local and owned and operated by a really cool family.

I had picked the Dogfish Head Pennsylvania Tuxedo at Erik’s Grocery Bag for #inthefridgefriday. I’ve said before that I’m a sucker for a cool label and this one got me. I loved it. Turns out that the beer is a collaboration with Dogfish Head Craft Brewery and Woolrich. What’s not to like? 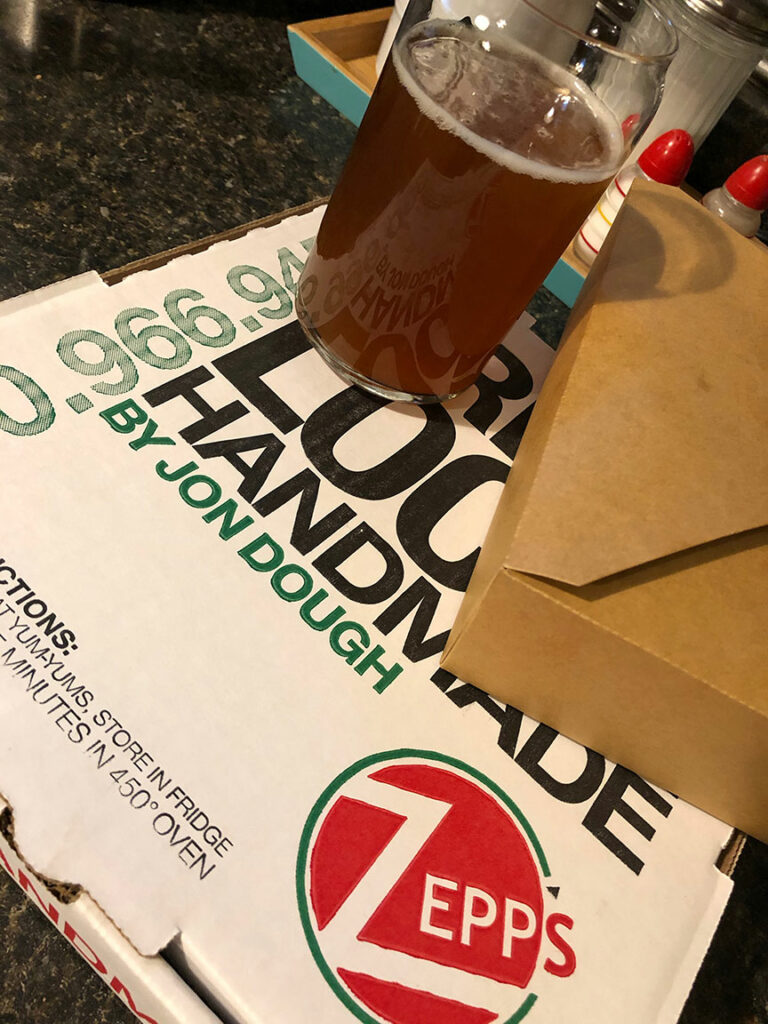 So let’s check off some boxes. Pizza… delicious and check! Jojos (one of my all-time favs)… delicious and check! Dogfish Head Pennsylvania Tuxedo… uh, well…. not so check. The first taste was alright, it had a some really great spiciness to it, the hop-taste wasn’t too bad, but the more I tasted it, the more I started to dislike it. In all fairness to the beer though, I’m not a Pale Ale kind of drinker. I’ve had a few that I liked, but this one just didn’t do it.

If you like pale ales though, this one is probably really good. The spices really did come through. It had a nice color and head that stuck around throughout the entire glass. 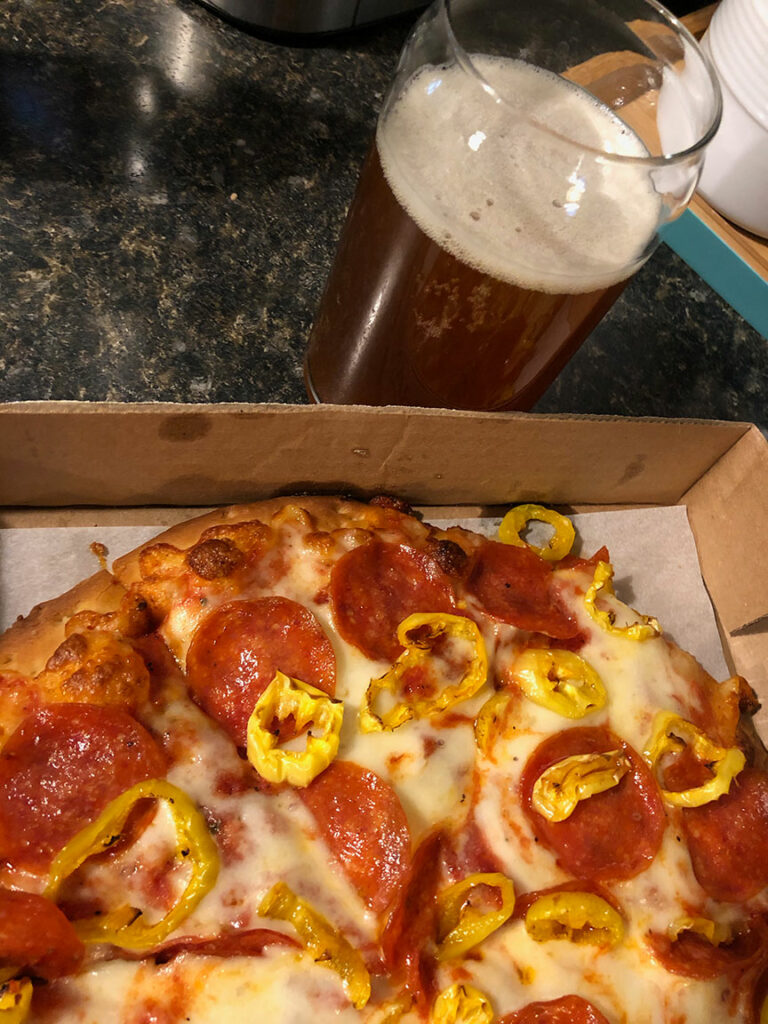 In the end, the food was great… a little disappointed by the beer. No hard feelings Dogfish Head Craft Brewery. This pale ale just wasn’t my thing. Loved the creativity and the collaboration with Woolrich that went into it though, it’s super cool.