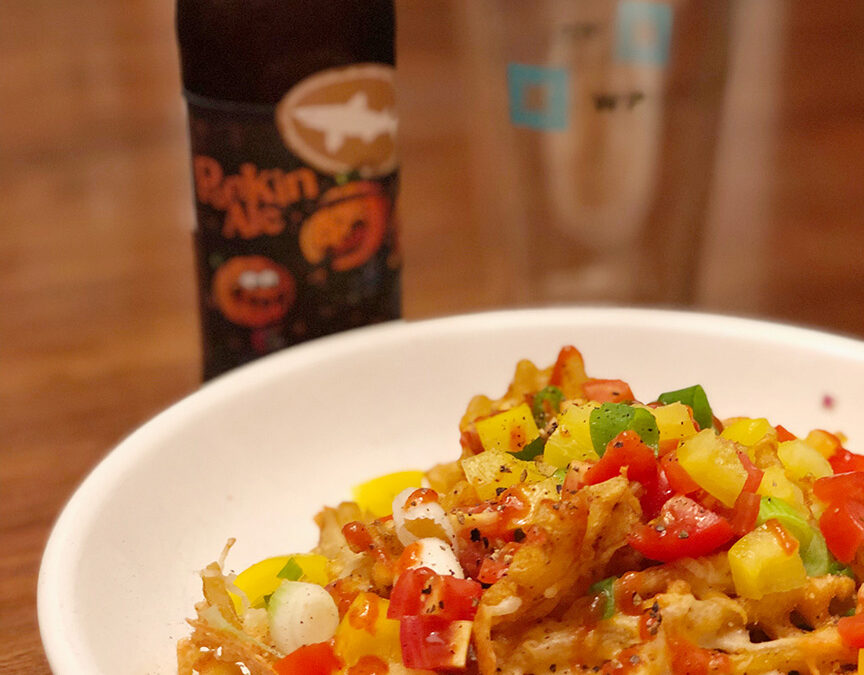 Sunday was a typical Northeast Ohio fall day. Overcast. A little humid. Will it rain? Maybe. Maybe not. Christina and I had spent most of the day at the 720 Market doing some early Christmas shopping, window shopping, eating… you know the drill.

Anyway… the day was winding down we were able to make it home to catch some of the remaining minutes of football on TV. Needless to say hunger had set in, so I borrowed the recipe from one of our favorite local breweries, Royal Docks, and created my own version of their Loaded Waffle Fries. I thought they were pretty tasty, but Christina said “they’re no Royal Docks” so obviously I have work to do. But, cooking is one of my favorite things to do, so I’m up to the challenge.

The beer of choice to go with? Dog Fish Head Punpkin Ale. Now I’m no stranger to the Dog Fish line up, they’ve been high on my list for a while. That road trip to Maryland is always knocking around in my brain. AND checking out their site, I see they have an INN now too! Whaaaaaaaaat? Now, it’s gotta happen. 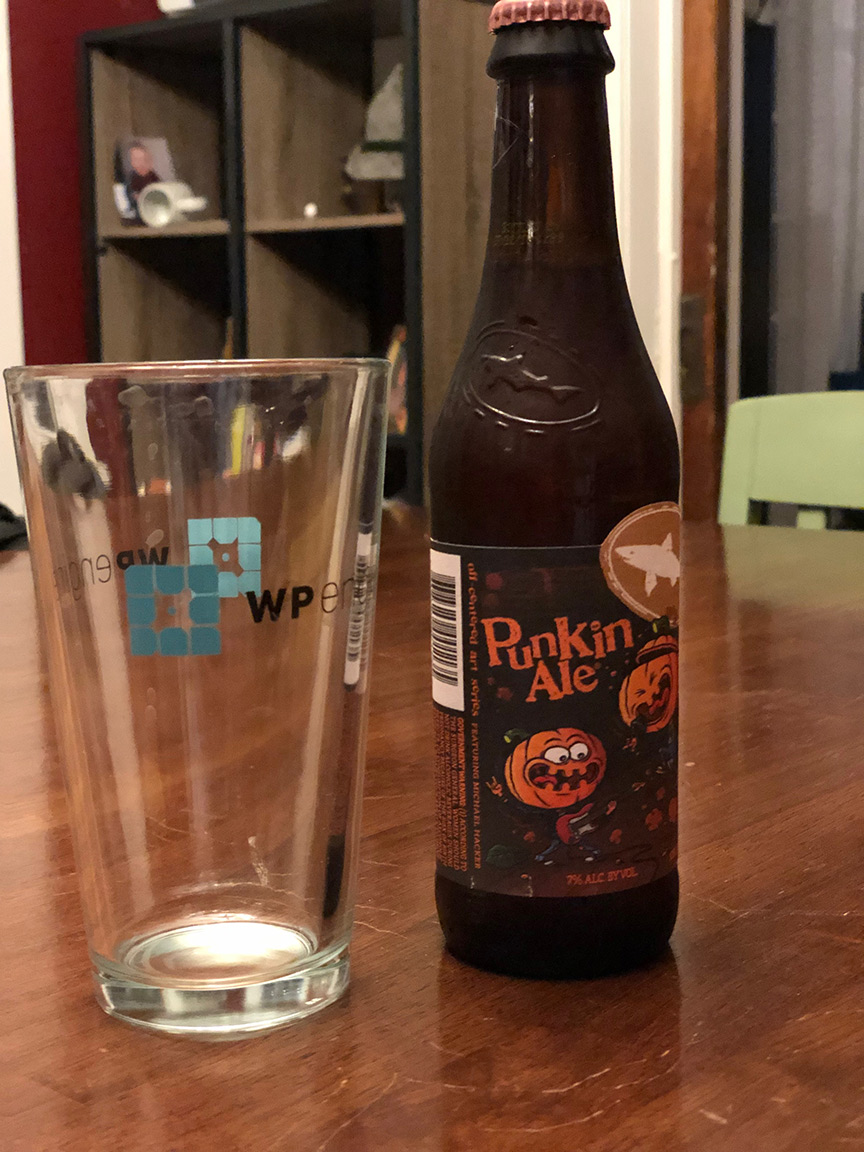 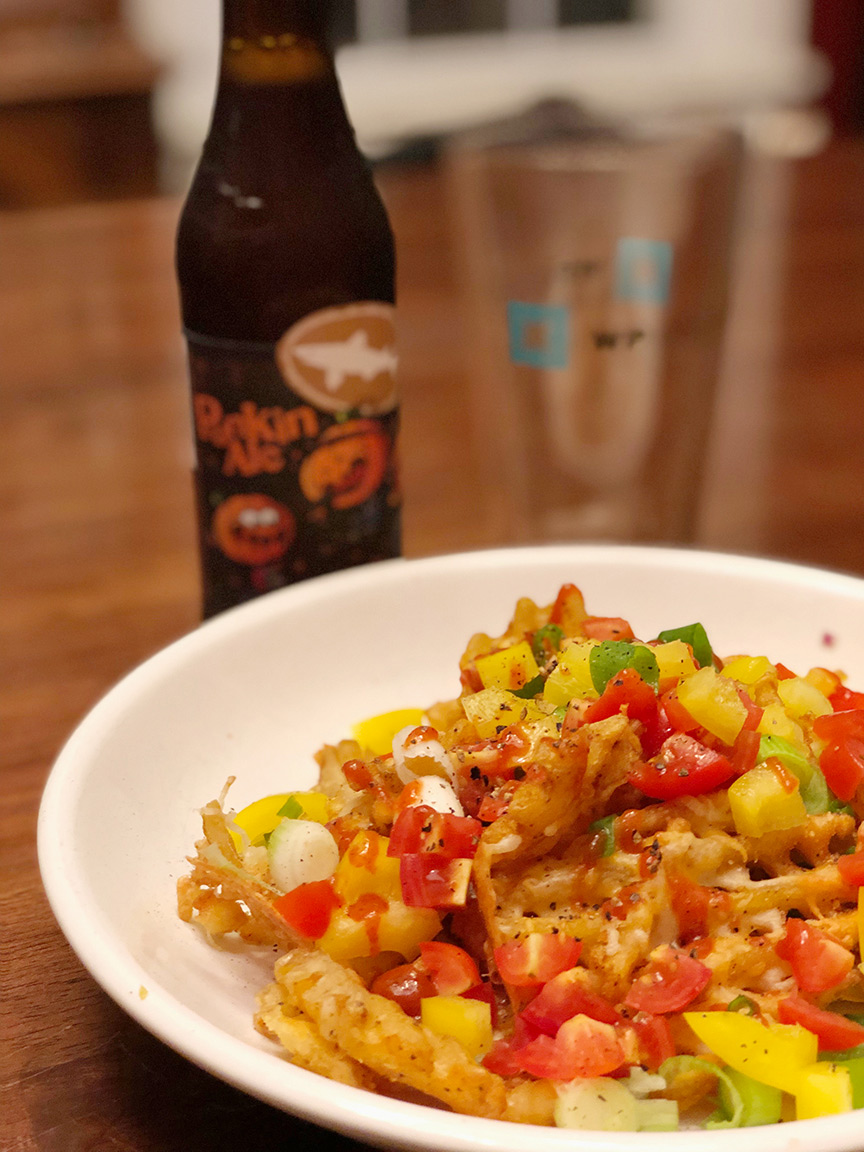 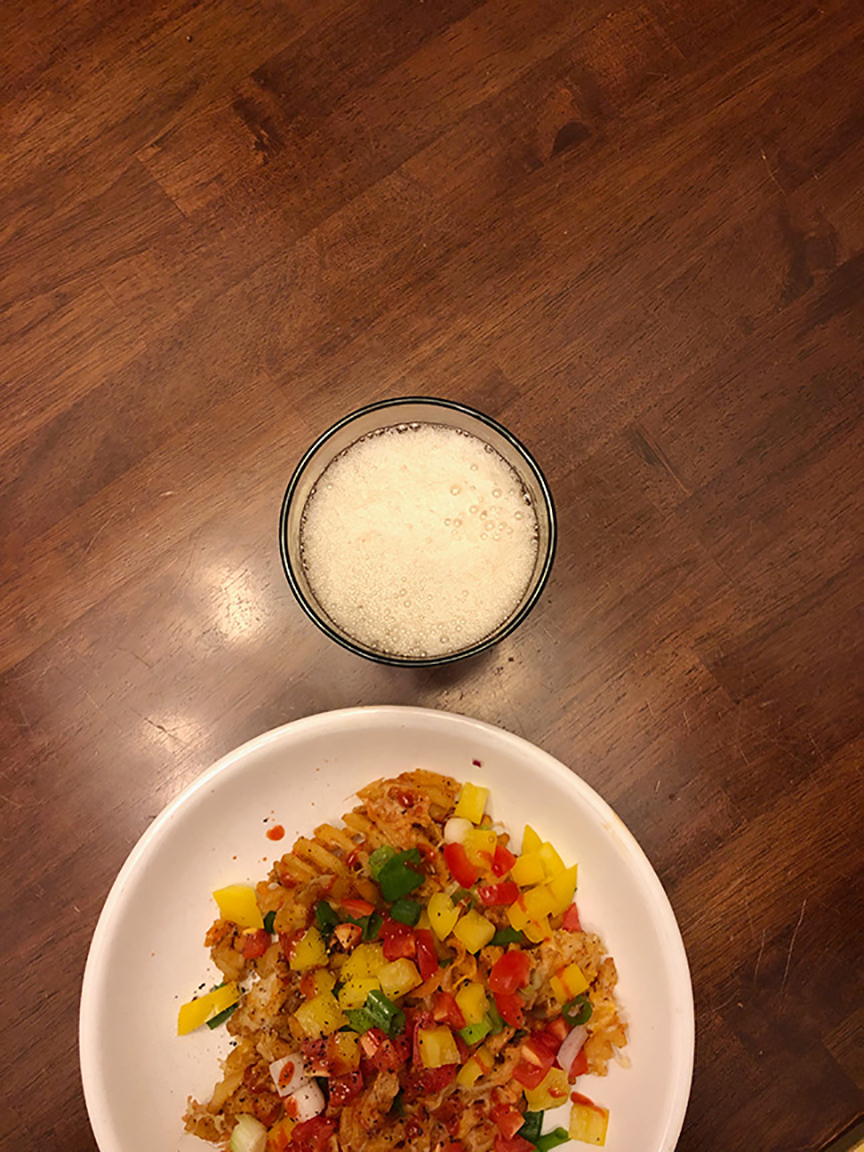 So, I like this beer a lot. It has great pumpkin flavor and a little bit of sweetness and it leaves a tingle after you take a drink. it’s got a great head and looks fantastic in the glass. I’ll have to make sure and grab a couple to have for later days in the fall. I don’t want to be left without. 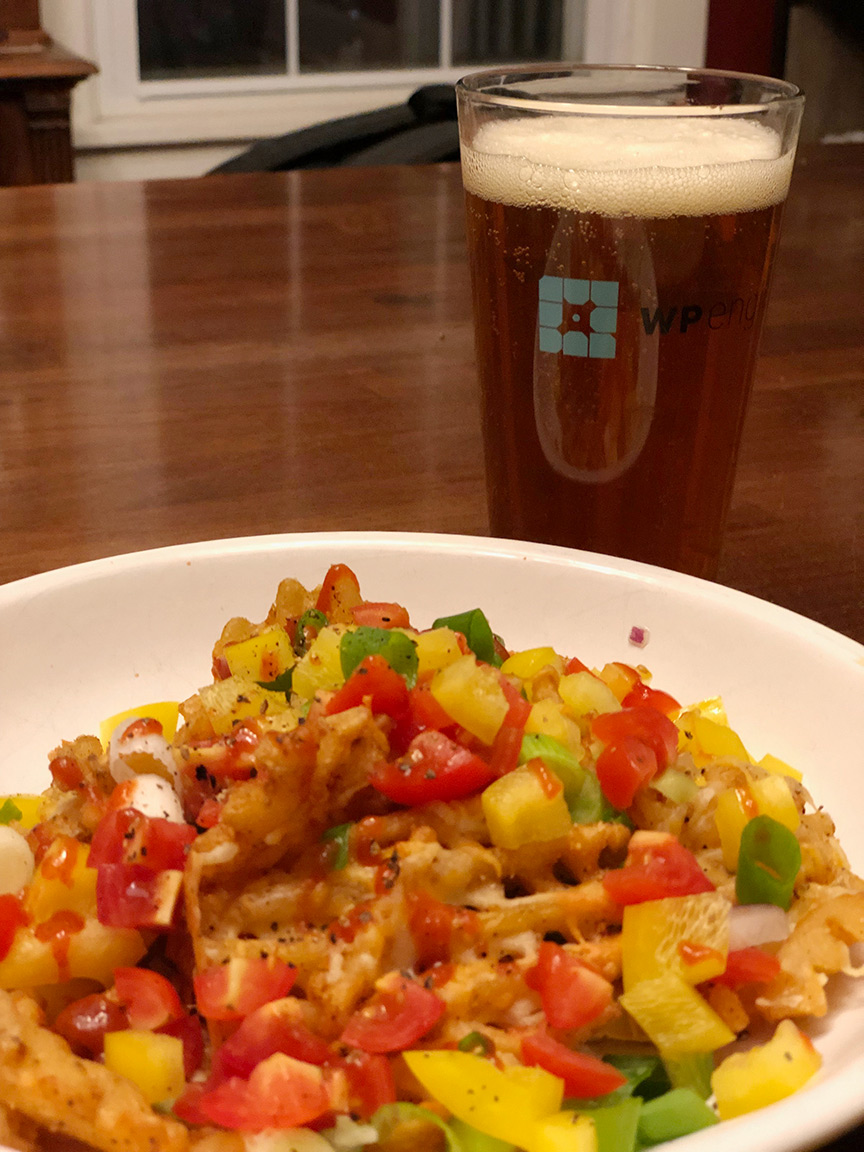 If you’re into pumpkin ales, you should try this one. I really don’t think you’ll be disappointed.

Special shout out to my friends over at WP Engine. Might be my most used pint glass and in my opinion, the best WordPress site hosting service in the universe.