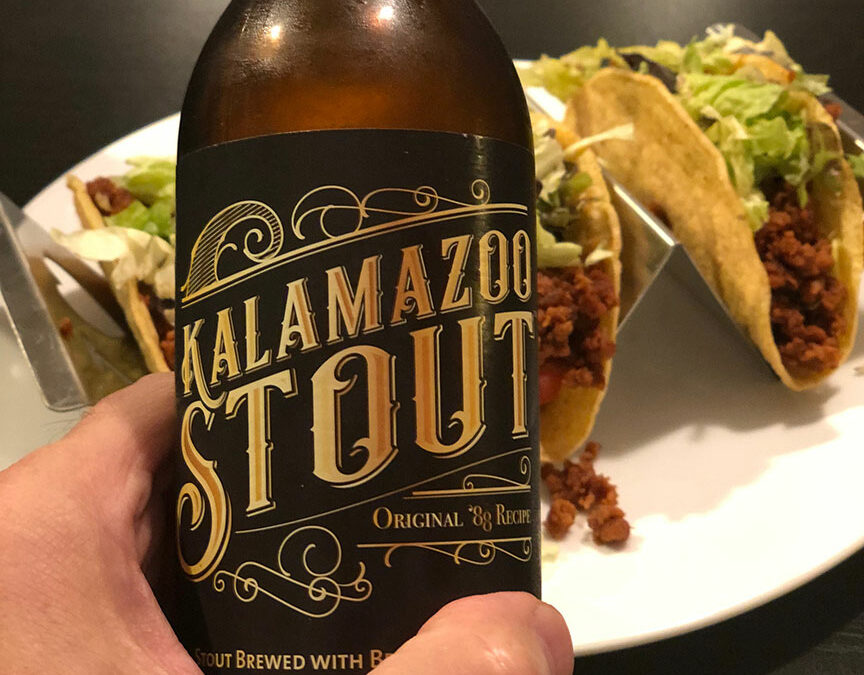 Man I love tacos. i mean… I love (hard) tacos. And like my pizzas, I don’t need anything fancy happening with my tacos. Just gimme the tacos. 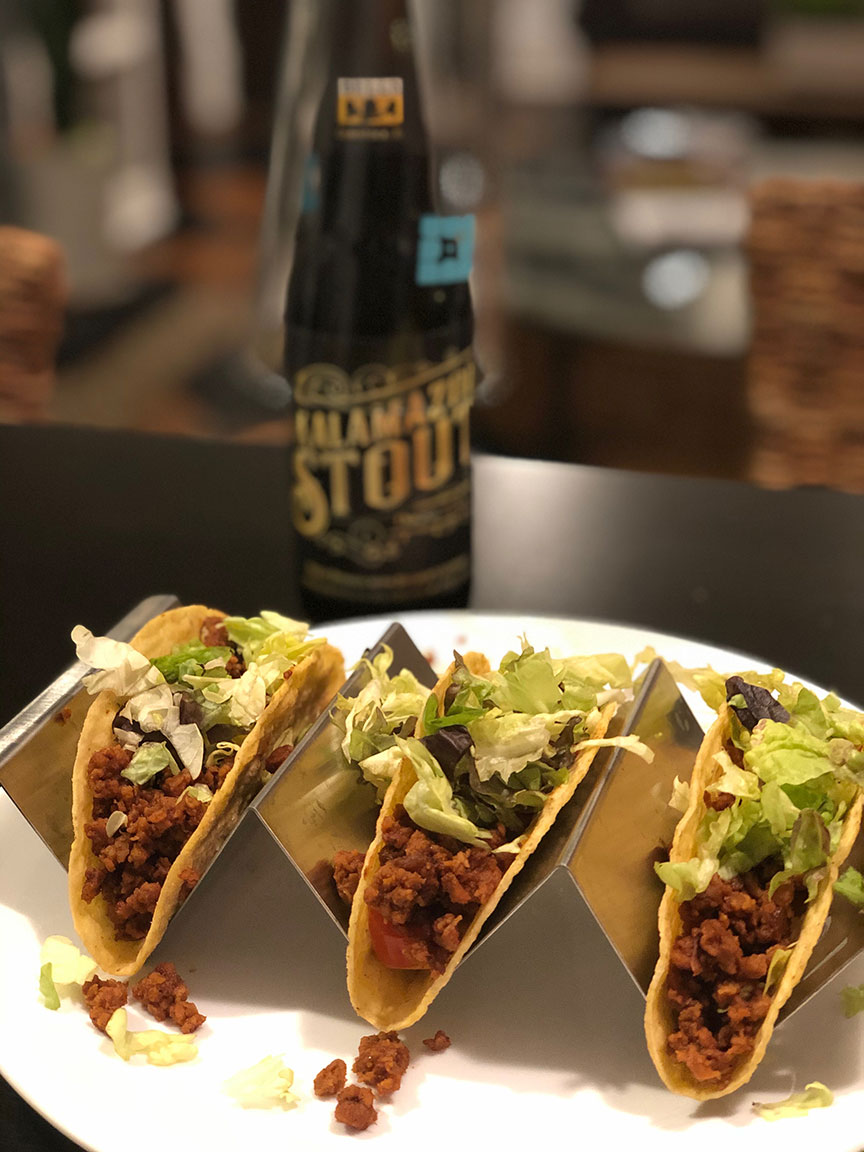 I especially like making tacos at home. Don’t get me wrong, I love when someone else makes them AND cleans up after, but I just think they’re so much better at home especially with a nice cold craft beer. 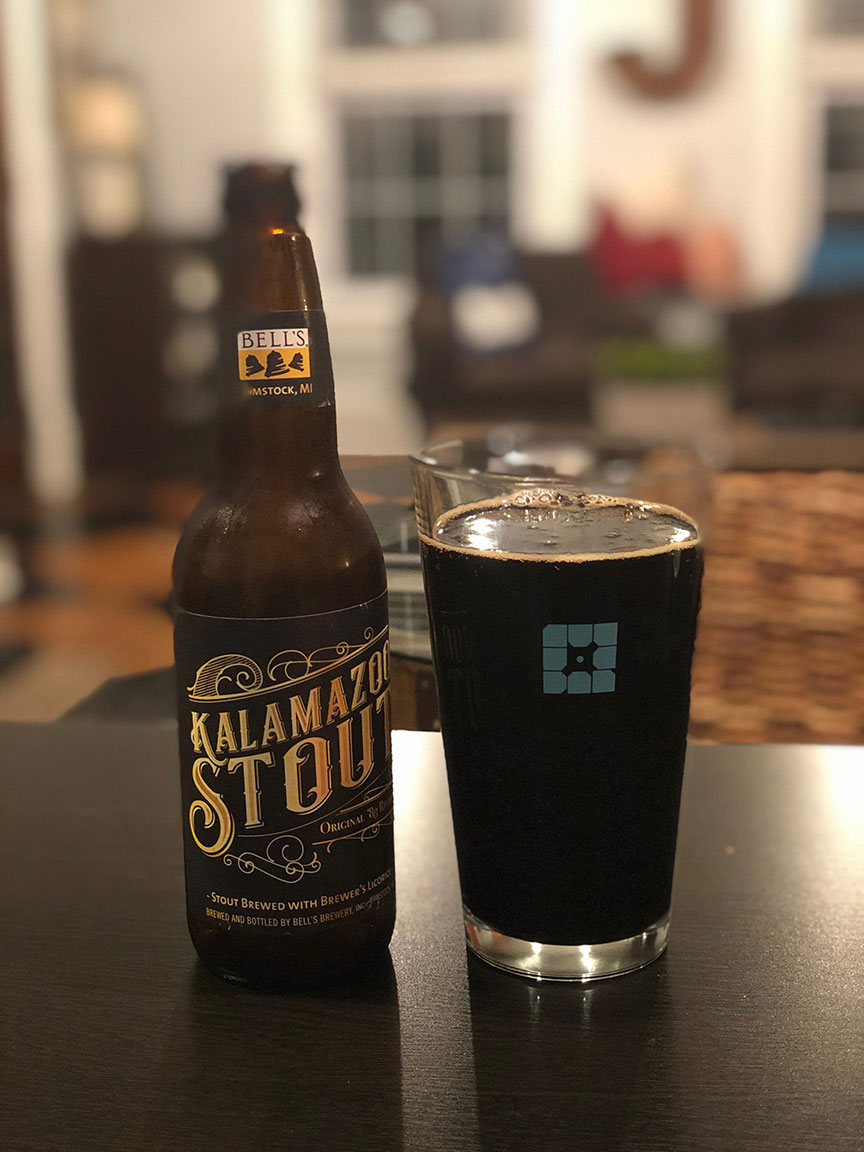 For this Taco Tuesday, I chose Bell’s Brewing Kalamazoo Stout. I’d never had it before but I’d heard good things about it and how you’re supposed to yell “KALAMAZOO!!!” before you drink it. The label says “brewed with Brewers Licorice,” I’m not sure what that is… definitely not a fan of black licorice so that had me a little nervous. But, if it was something like black licorice, I didn’t taste it. BONUS!

This beer had great chocolate tones and it poured and looked amazing. And boy is it dark… definitely what I like. When you smell it, you smell the chocolate for sure, but then coffee kicks in. But it’s not overpowering when you’re smelling it or drinking it. I really liked it and I’ll be picking up another couple to have in reserve. 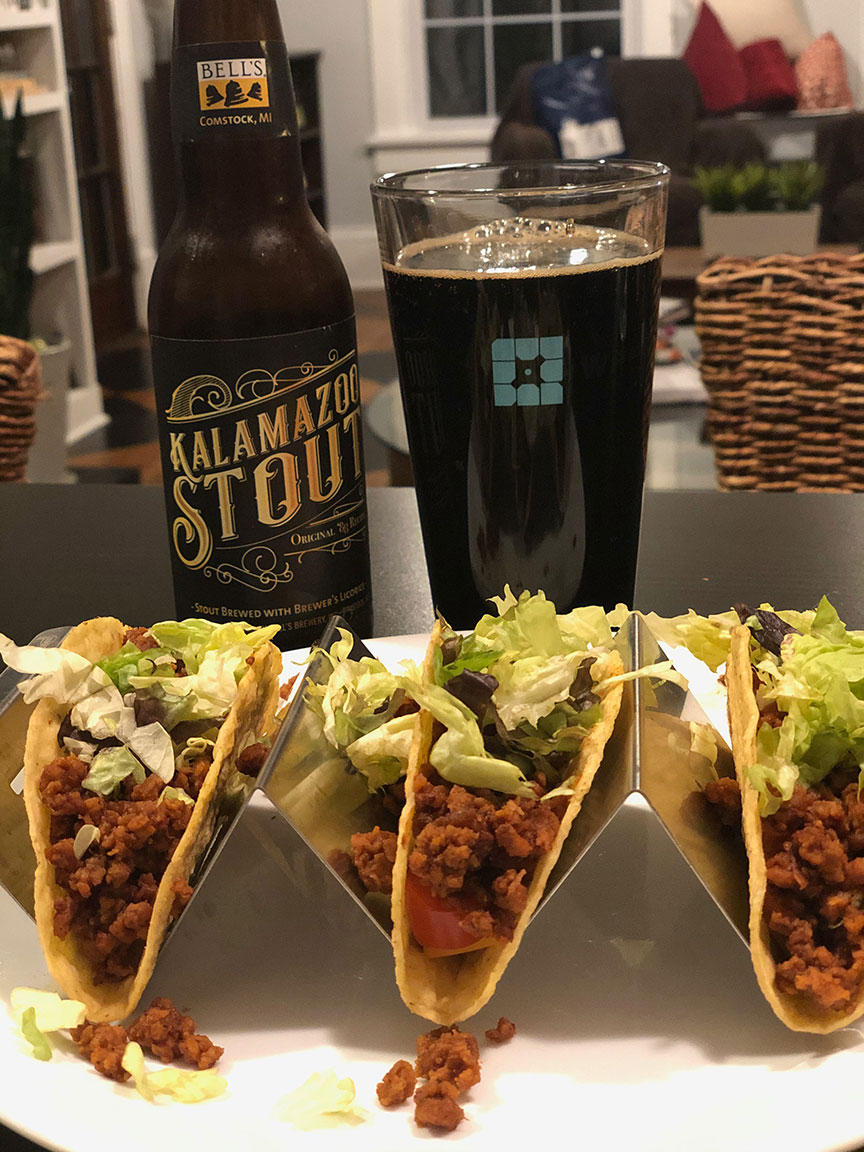 I’ve had a number of Bell’s beers before, they definitely know what they’re doing. I can say for certainty, there is a Bell’s Christmas Ale in my fridge right now waiting to be opened. I have no doubt it too will be tasty.